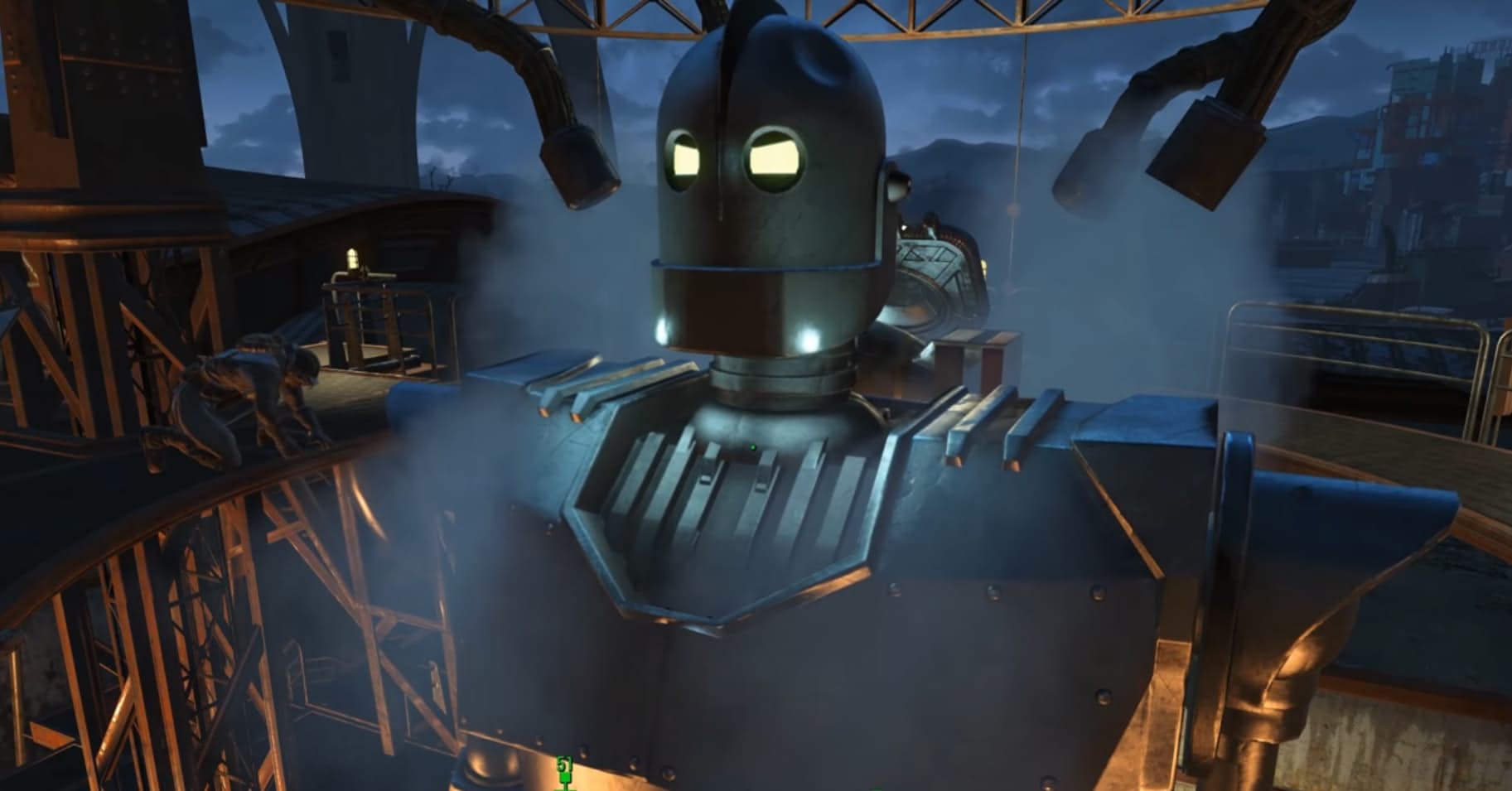 Remember the 1999 animated film The Iron Giant? It’s about a gentle Giant of a robot from outer space who has an appetite for all things metal and befriends a boy from a small town who tries to help him run from a hostile government who wants to destroy him.

YouTuber Matthew Swanton, developed a mod that brings The Iron Giant to the world of Fallout 4. The giant replaces Liberty Prime. The voice remains the same as Prime, (I would personally rather have had Vin Diesel, but who am I), but the rest is reminiscent of the movie. He can be seen shooting lasers while destroying everything in it’s path.

So if you’re a gamer and you like to change things up with mods then you need to check this out! Too cool!