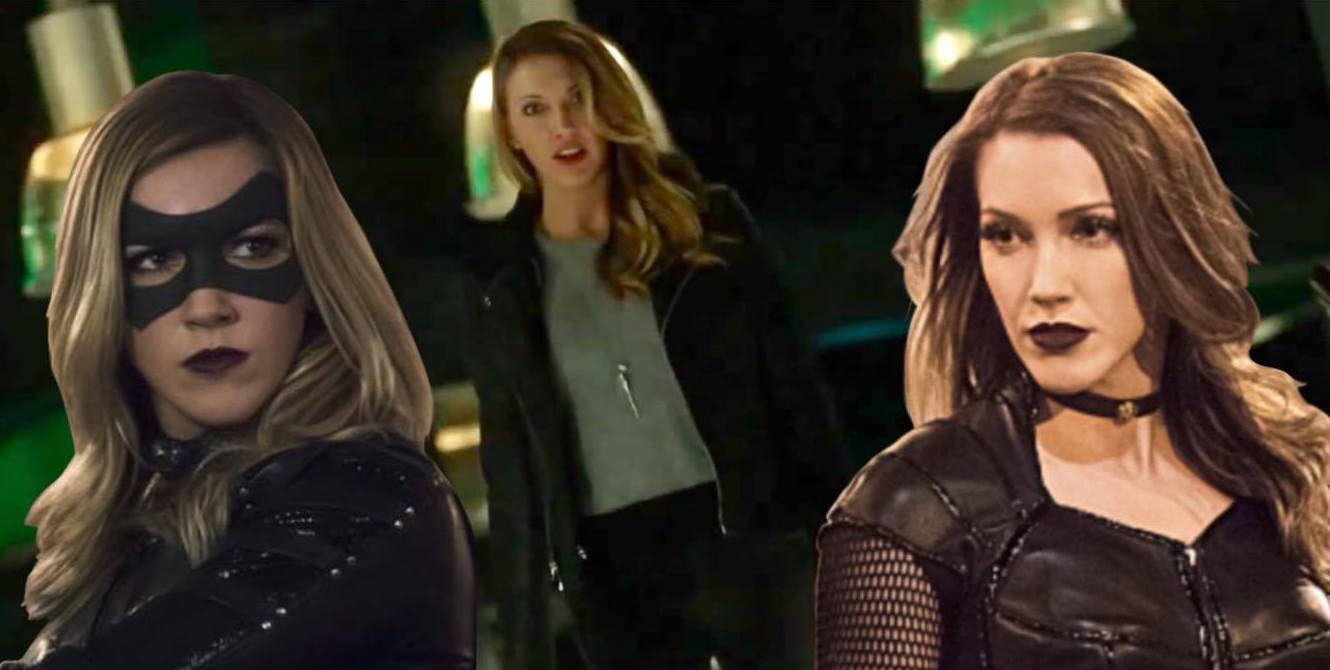 Update (1/31/17): As of “Second Chances”, it seems the follow Theory has been referenced but ultimately debunked. In “Who Are You”, Earth-2 Laurel played to each of the following points and Oliver followed at each step; but it ultimately wasn’t meant to be – and I surprisingly couldn’t be happier. Whereas Earth-2 Laurel would have been fun, the reveal of Dinah Drake is not only a wonderful twist and fulfillment of the comics but also an exciting breath of fresh air.

It’s hard to tell a story of Green Arrow without Black Canary. This is why we’ve had Sarah Lance, Laurel Lance and even Evelyn Sharp for a short moment – pre traitor. It seems like someone must always wear the Black Canary mantle. Earlier this week, a fellow Fan Fest writer proposed that Felicity could become the next Black Canary to deal with the loss of her fiancé. And while that is an excellent theory, I’m about to ponder another:

Now for those of you familiar with my writing on The Insightful Panda, this is a theory I’ve been exploring since last season when Laurel Lance was first killed off in “Eleven-Fifty-Nine”. Sure, at the time it was wishful thinking by a heartbroken fan; but considering recent developments and comments by Arrow producer Greg Berlanti, it looks like this might be the emotional twist I – and many others – had hoped for.

Now for starters, this theory depends on Imposter Laurel being Earth-2 Laurel, which even though unconfirmed at the moment is still almost certainly the case considering:

As for how she got out of the pipeline, remember… Flashpoint. Perhaps in this new timeline she did escape. Or maybe she escaped while Savitar tore up the lab in The Flash Midseason Finale. Whatever the case may be, her somehow getting out of the pipeline isn’t that hard to believe – which is good considering that is the biggest hurdle for this theory. Everything else just falls into place and promises an incredibly emotional story of second chances.

We don’t have much back-story on Black Siren, but we can take a pretty solid guess considering all we know about Earth-2. In The Flash episode “Enter Zoom” we heard in a news briefing that Robert Queen was the Arrow of Earth-2. This means that roles were reversed and Oliver was the one who died on The Queen’s Gambit. So let’s expand upon this. IF Earth-2 is like Earth-1 aside from a specific deviation here and there, this could explain Laurel’s turn to the dark side. We know from Earth-1 Laurel’s deathbed confession that she never stopped loving Oliver. Could the same be true of Earth-2 Laurel?

Perhaps Earth-2 Laurel was crushed by the loss of her love and sister – if Sara still gets on the boat. For all we know, this could have led Earth-2 Quentin to die from his alcohol problem – he’s certainly gotten close before. This all could have led Laurel to leave her city because it held too many memories, set up shop in Central City and get hit by Earth-2’s Particle Accelerator. So if this does explain her turn to the dark side, think of what Earth-1 could mean for her. She would get back everything she lost!

Sure at the start, things would be awkward, and we can confirm this considering the episode preview shows some tense moments. Is this Earth-2 Laurel upset that things aren’t going as she planned or did she originally come to Star City to get long awaited vengeance on a living Oliver Queen? Though that rage doesn’t have to last, and considering all the focus we’ve gotten on how much they love each other, it could work out!

For Oliver, he could discover someone that not only has all the same fond memories of “pre-Queen’s Gambit” them, but also understands that darker side of him. Similarly, Laurel could get a second chance to find love, reclaim family and make up for her past deeds. These would be two people with dark pasts trying to find the light in each other. And let’s not forget Sara and Quentin’s inclusion in these events. They would get back a sister/daughter and Laurel could reclaim hers.

A final point of evidence for this can be found in a recent interview with producer Greg Berlanti who says that this new Laurel will stick around for a few episodes and also pop up in other shows. These crossovers could explain how she got out of the pipeline (The Flash) as well as show her reconnecting with Sara (Legends Of Tomorrow).

This might all seem crazy, but it’s not unheard of. In fact, in the original comics story line, Black Canary was originally a metahuman from Earth Two. She eventually traveled to Earth One and didn’t get along with Green Arrow at first. But later the two did form a relationship. Arrow’s taken liberties with the comics in the past, but could all of these twists and turns actually bring the series closer to the comics and honor the original storyline?

If this theory were to pan out, it wouldn’t be an overnight thing and many bridges would have to be mended. Though each moment of this reconciliation would prove to be stellar TV! But what do you think? Do you want to see this new take on Laurel? Do you have another way of explaining the focus on her lately? Is Imposter Laurel actually “Human Target” playing a really sick joke? Sound off in the comments