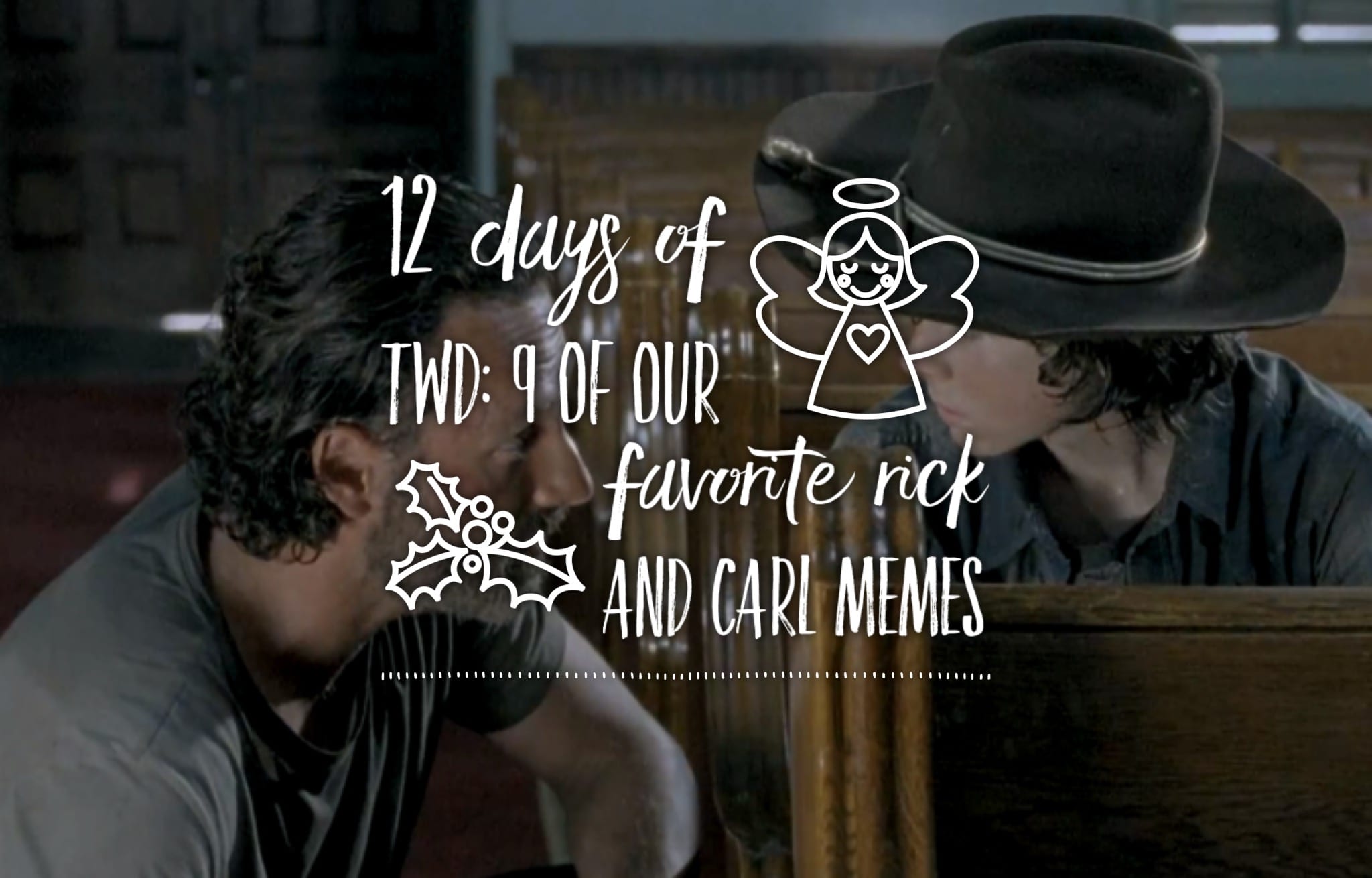 The Walking Dead is a show about surviving amongst the undead, risking your life while fighting for the lives of others, and becoming a family in a broken world. The bonds formed between the characters are as important as the show’s underlying message; you’ve got to decide what you’re going to live for, or else you’ll die for anything.

Most people didn’t expect a series about zombies to be something that was long lasting, but The Walking Dead has been breaking the rules since it’s debut and honestly, there are no signs of it slowing down now. Speaking of things that show no sign of slowing down are the ‘dad joke’ memes. Yes, the infamous scene between Carl and Rick that was actually really emotional but ended up being the perfect set up for dad jokes.

Season 7 of TWD has been especially traumatic so we decided to step away from the tragic and the disturbing and put together a few of our favorite dad-joke memes. Some of them are knee-slapping funny, some are roll your eyes funny, and some are so out there you just have to laugh. Or maybe that’s just us. 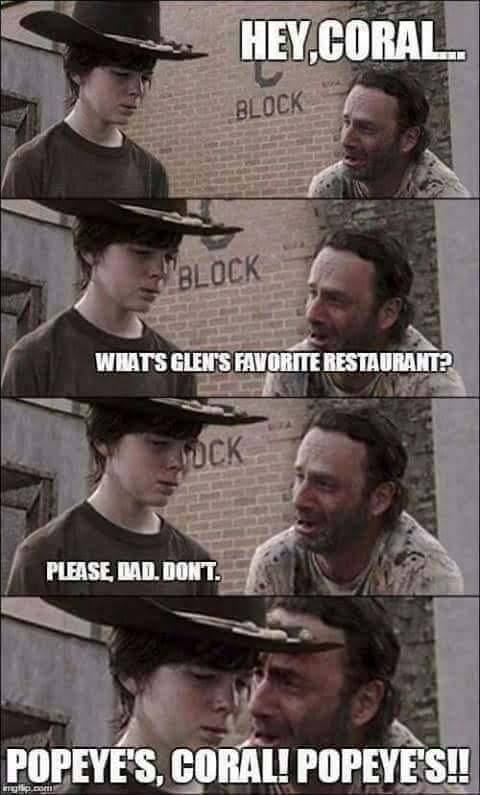 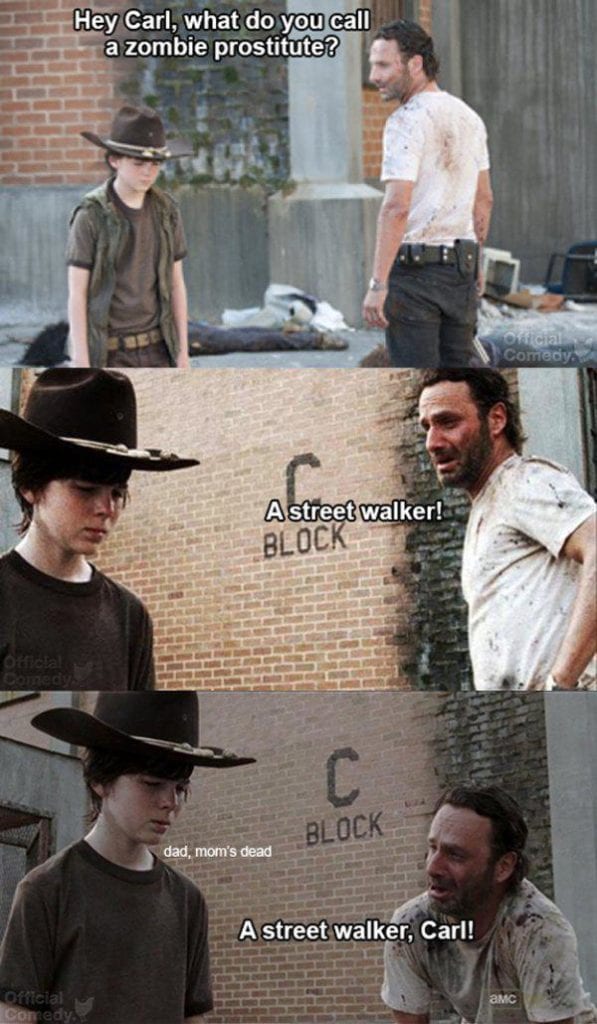 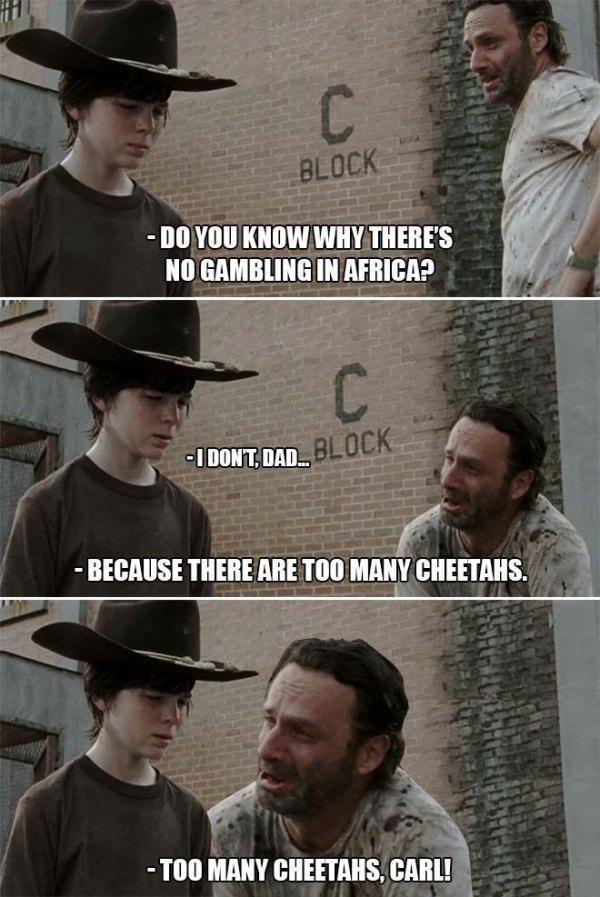 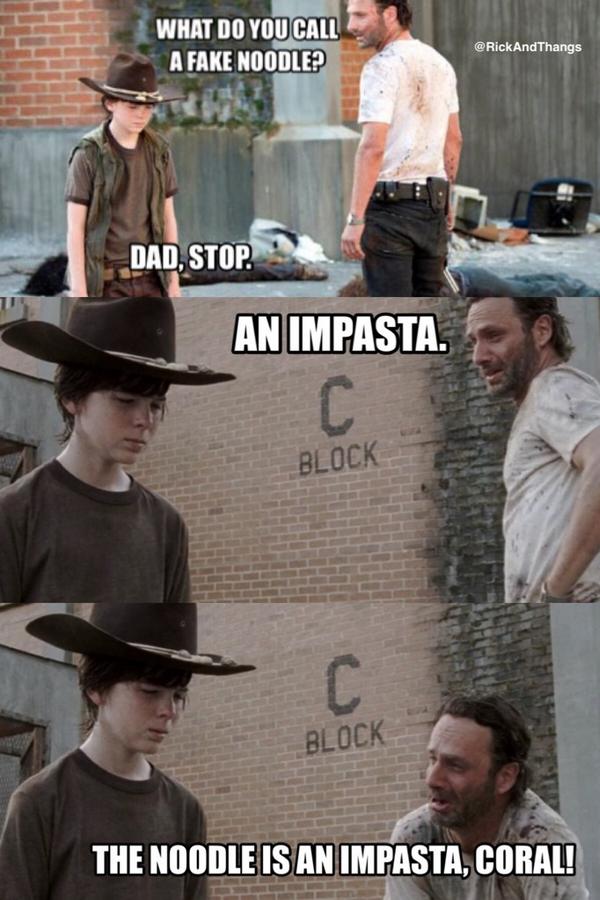 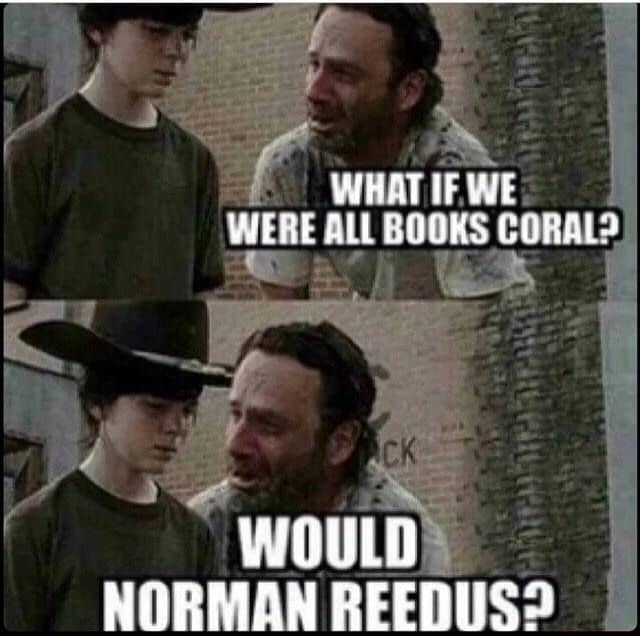 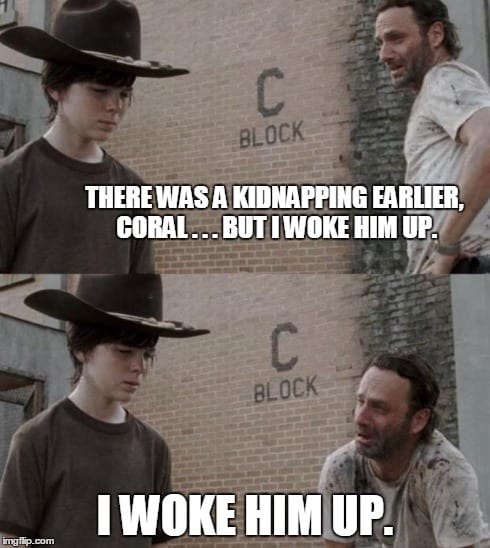 There are pages upon pages of these jokes, and if we’d let ourselves, we could have looked at them for hours. Sometimes you just need some really stupid humor and a good laugh. Did we include your favorite dad-joke meme? Let us know!