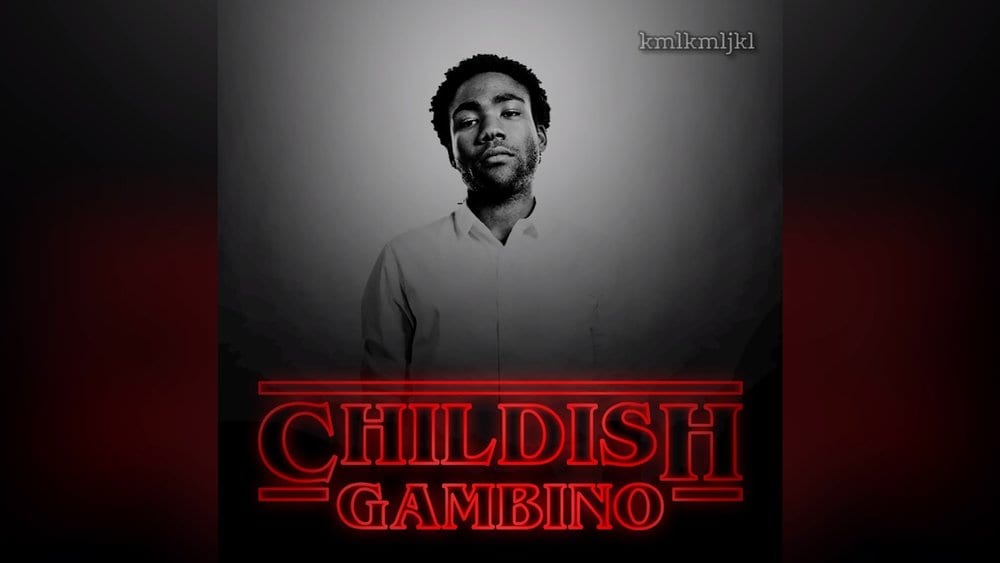 However you like to refer to him as, Donald Glover or Childish Gambino, the man is an entertainer who has proven that he can morph his career into whatever he wants it to be. Whether you loved him in Community or WILL love him as Lando Calrissian, you have to admit that Glover shines as a musician…as the ‘Bino. Fun fact about Donald Glover, he actually got the name “Childish Gambino” from a Wu-Tang Clan name generator online. As a matter of fact, I was curious as to what MY Wu-Tang Clan name would be, so I tried it out here.

My official Wu-Tang Clan name is Master Mercenary, which would sound cool if I didn’t have a really subtle lisp.

Gambino’s new album, Awaken, My Love, just came out last week and has only once again proved the many talents of The Great Gambino. Those who were expecting a new rap album may be disappointed, but they need to understand that Childish Gambino is not a rapper. He’s constantly trying new things, kind of like a young woman who spent all of her college years in a good-relationship, but just wants to take a break and see the world. To FIND herself, maybe hike the Grand Canyon. Then after a couple meaningless hookups, decides to come back to the man she original loved only to find out he’s engaged now. After some soul-searching and finding out just how much her friends truly mean to her, she realizes that being single is okay! Let’s be young and have fun! The only ones we should truly love are ourselves!

Okay well my analogy kind of turned into the plot of How To Be Single, which is a pretty rad movie. Check it out. I watched it on a plane the other day. It healed some wounds for me.

So…for those of you who wanted to hear some good ‘ol Gambino rapping, but were disappointed by the lack there of on his latest album then boy do I have something for you. I stumbled on this Soundcloud gem while listening to some of his other music. It’s a mash-up of the Stranger Things theme and Childish Gambino’s rap hit Bonfires made by an unknown producer on Soundcloud with the name “kmlkmljkl”. His bio only says, “I like making bad mashups”, but I’ll have to disagree on that Mr. kmlkmljkl. This is a perfect blend of the two styles. Stranger Things‘ beautiful and powerful score retains all of its power without distracting form Gambino’s poetic rap lyrics that we love him for.

Give it a listen if you’re someone like me who needs that Gambino itch scratched!

(Warning: NSFW…unless you work at someplace awesome and your boss is like “Yo thats fire”)