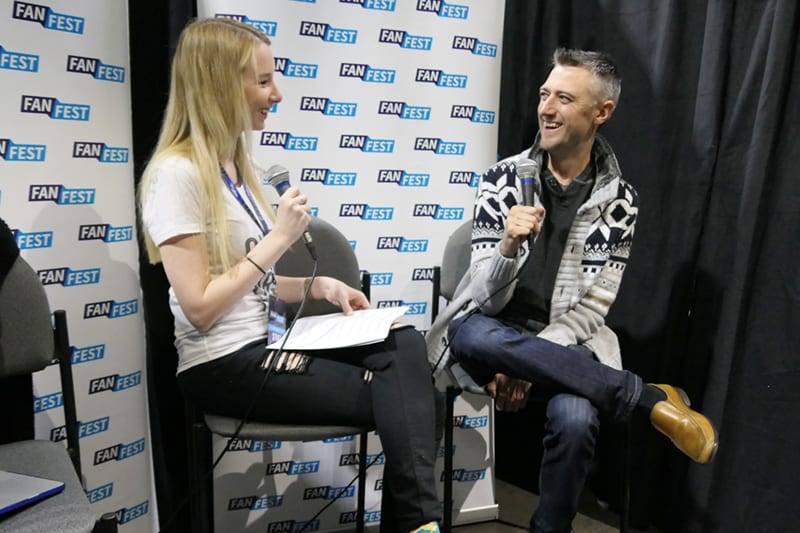 We had the pleasure of sitting down with Gilmore Girls star Sean Gunn at Fan Fest Atlanta this past weekend. We chatted about Netflix’s revival of the series which premieres this coming Friday. From what it was like to return to Stars Hollow after shooting big blockbuster films like Guardians of the Galaxy to what Sean took away from playing Kirk for so many years, Sean had nothing but good things to say about his experience with the series as well as with the fans.

Emma: What do you think it is about the series that has resonated so much with fans?

Sean: It’s hard for me to put my finger on it. It has an enthusiastic fan base in the way that normally only sci-fi type shows usually do, or genre shows of some kind, and I don’t know what it is exactly. I think it’s some sense of community. I think it’s a safe and contained world where you know the landscape. The town is a character as much as the characters are in some ways. I think that really appeals to a lot of people. And the idea of having or desiring that sort of relationship with your parent, or your child, is something that any of us can relate to.

Emma: Where has your character Kirk been for the last 10 years? Can you tease anything?

Sean: He has a pig now. I don’t know if you’ve heard that. It surprised me a little bit. Other than that, I was not surprised however that Kirk has not changed a great deal. He’s still emphatically Kirk. So for better or worse, I think we’re sort of stuck with the way he is.

Are you excited for the return of Gilmore Girls this coming Friday? Let us know what you hope to see on Netflix’s revival of one of our favorite series!