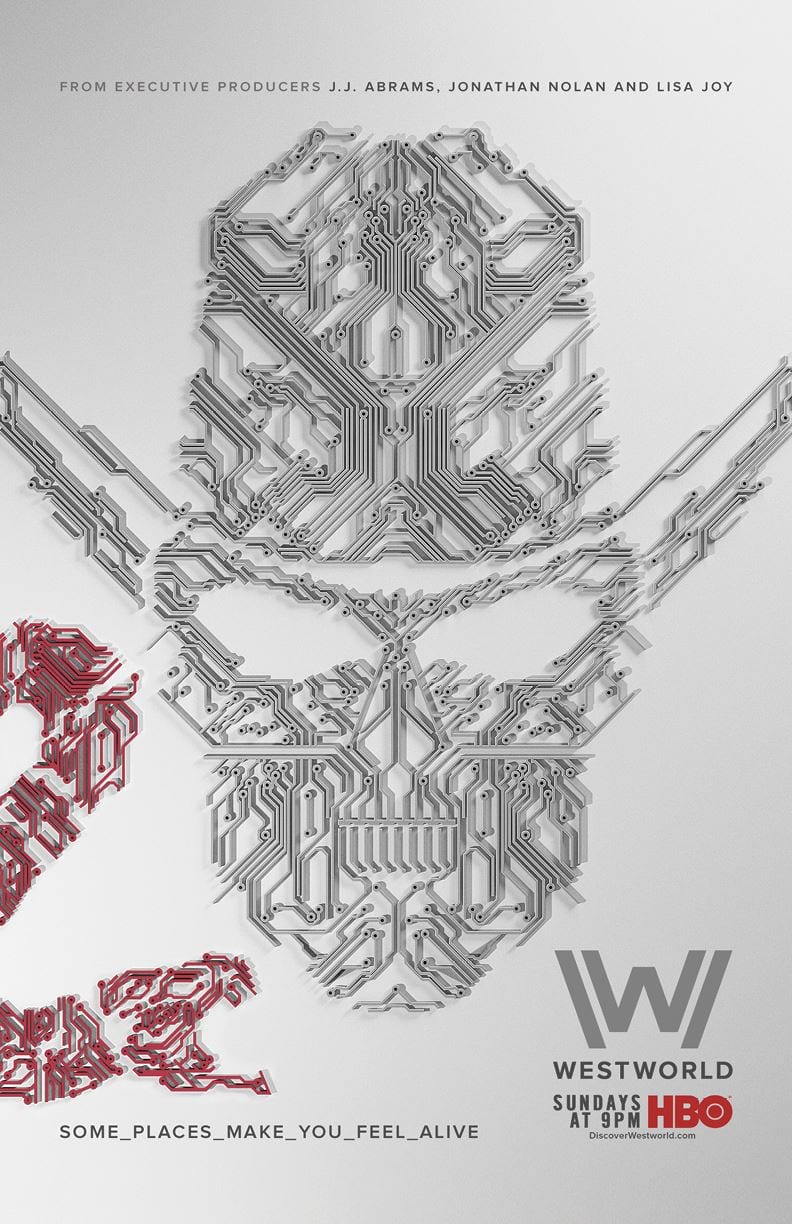 Does anyone else feel like that hour blew by?

This episode felt a little more cohesive, the episode tied together some loose strings. Here’s the quick synopsis:

Dr. Ford tasks Bernard with the clean up of Cullen’s death with the promise that when Bernard’s done he’ll take the memory and the pain from him.  Unfortunately for Dr. Ford another person knew of Bernard and Cullen’s affair, Stubbs.  When Stubbs offers condolences to Bernard after the memory wipe he is suspicious of Bernard’s answer, which is that he hardly knew her.

William and Dolores continue on their journey and make it to the buried town.  Dolores experiences a memory that makes her put a gun to her own head until William brings her out of it.  William begins to walk her away from the visible church steeple and they are confronted by the estranged Logan.

Maeve is getting too big for her own britches and wants to build an army to assist in breaking out of Westworld but her odd behavior is finally picked up by the monitors and during an exceptionally vivid memory of the Man in Black (MiB) she is captured.

Teddy and the Man in Black in their pursuit for Dolores come upon a group of dead people that looked to have been ambushed.  One woman survived and as they are helping her one last attacker comes at Teddy and MiB.  By the time they’ve killed the man Teddy has remembered all the violence the MiB did to Dolores and takes him hostage.  The MiB encourages Teddy to try and kill him; the MiB eggs him on by telling 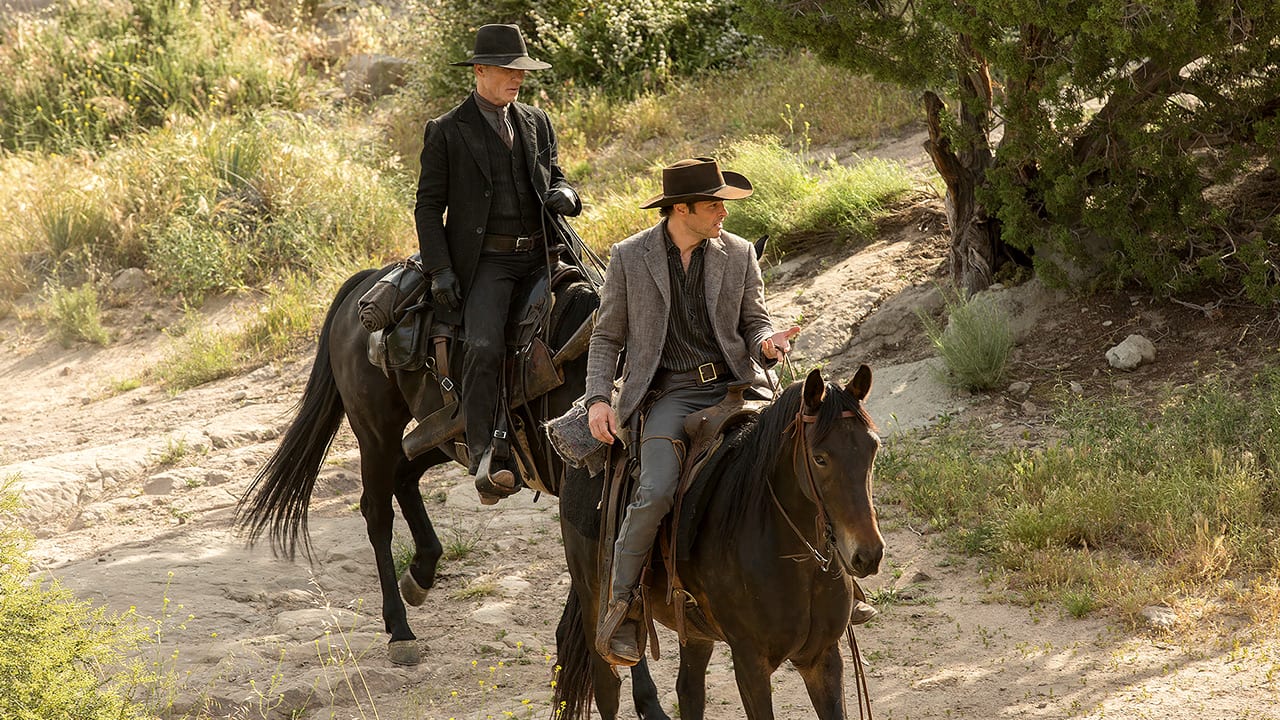 him that itis impossible for Teddy to do so.  Of course Teddy can’t follow through, and when the woman they rescued unsuccessfully implores him to kill the MiB, she knocks Teddy unconscious, saying something about it being time he returns to the fold.  Just before Teddy goes dark he sees dozens of armed people come out from the underbrush.

Now, for the little details that truly fill out these story lines…

Bernard’s grief was part of his story line, he has always insisted that living with that grief was the only thing he had left of his son (later we find out they get that line from Maeve) but it was just part of his narrative.  He says no such thing of his grief over Cullen and seems amicable to have it erased.  Just before Dr. Ford erases his memories of Cullen, Bernard asks Dr. Ford if he has made him kill before.  Even as Dr. Ford denies this Bernard has a memory of another murder he’s committed and as his brain is being wiped he knows the truth. These memories will probably permeate Bernard’s brain again.

One last note on Bernard, since his and our discovery that he is actually a host he seems less human.  His interactions and behavior more host-like.  Hopefully, in future episodes Bernard returns to the calculating and suspicious coder we could root for.

William and Dolores find a dying man from yet another supposed Wyatt attack who was actually waiting to kill them.  Dolores wants to help this man and William does not; William wants to leave him saying the man will only slow them down.  Dolores’s rebuttal is what kind of people would they be to leave him and as her back is turned the man dies anyway.  It isn’t shown but it is strongly implied that William assisted in that death.  William is a bit thick-headed about these memories Dolores is having.  He says to her, as he’s walking her away from the steeple, that she should get back to Sweetwater because she seems to be breaking down the farther away she gets.  He isn’t grasping what is really happening in Westworld.

Maeve seems to being trying to unlock internal code that she normally would have no access to, or knowledge of.  Like the movie Lucy, Maeve is going to end up accessing the other 90% of her brain.  We see the incremental stages of that when she gains admin privileges and begins altering narratives as they happen around her. 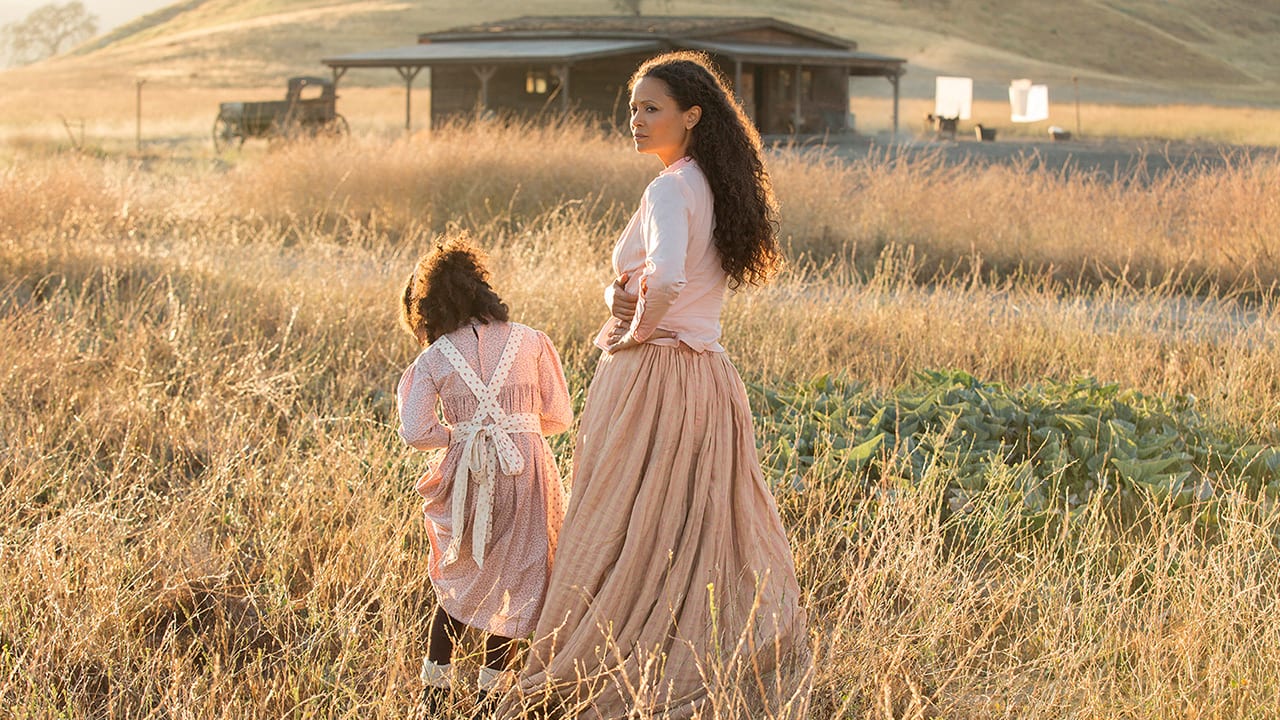 The last detail that pulls at our emotional heartstrings is unbelievably, with the MiB.  He tells Teddy his “conviction” for finding the maze, for being here and for his violence.  He explains to Teddy that after his wife’s death and his child’s rejection he came back to Westworld to find out what his limit of evil was.  He describes how he murders Maeve and her child and felt nothing.  Teddy calls him an animal and MiB only says that even an animal would have felt something.  The MiB continues with the story in which Maeve pulls the knife out of her stomach grabs her child and with the MiB watching on in disbelief flees the house.  She collapses not far from the house and it is in her last moments, of what the MiB describes as being truly alive, that the maze revealed itself to him.  His conviction is to find the maze and a deeper meaning of what it means to be alive in a place where he can’t die.  The MiB is undeniable volatile but HBO successfully makes us feel something for him.  We might not want to pity a man who can ruthlessly kill a woman and child but he knows he should something and I think we can commend him for self-awareness.  His conviction is perhaps the same as the hosts, to feel something real.

Whoa, only two episodes left.  Check out the preview for episode 9 below.