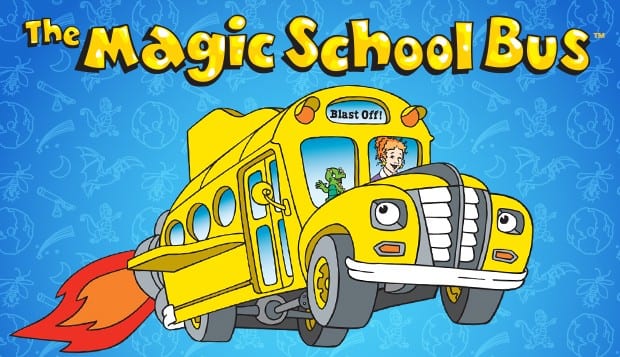 You know what I really miss about growing up as a kid? Well, one of the things I should say I missed growing up as a kid… some of the amazing television shows that we got to experience growing up. Don’t get me wrong, today’s TV shows are just as enjoyable and a lot of television shows for kids have gotten quite educational! One of these educational cartoon shows I highly enjoyed growing up, was definitely The Magic School Bus.

Every time I would  take the bus to school as a kid, I remember hoping that the bus would be just like the one on Magic School Bus and would take me on some quick little adventure before I had to head off to school. I mean, who wouldn’t? they took some pretty cool adventures in that show!

Well, it certainly succeeded!! The show was amazing!?

Check out the video below to remember the original theme song:

Who else watched this show growing up??