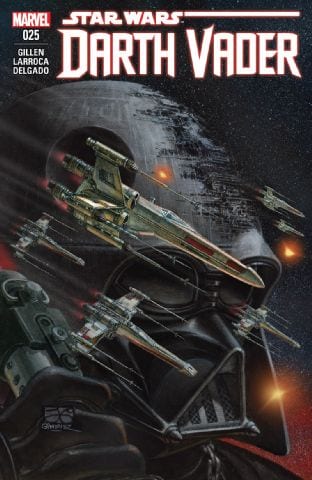 And a glorious New Comic Book Day to you my fellow Geeklings? How we doing today? Everyone good? Of course you are, I mean, it is New Comic Book Day after all. Is there a better day of the week? Well, maybe Taco Tuesday but that’s because tacos. I wonder if there’s a way to combine New Comic Book Day with Taco Tuesday… hmmmm. I’ll work on that. Although there is a lot of potential for ruined comics. I’m going to need to focus on that one, but in the mean time you guys feel like talking comics?

1. Darth Vader #25– This is it Geeklings, time to say good-bye to our favorite Sith lord as his solo series wraps with issue twenty-five. I think it’s safe to say that the Darth Vader title has been the gem of the Marvel Star Wars comic line and I for one am sad to see it head to that Death Star in the sky. There have been a number of tremendous character moments for Vader here that were made impactful through great story telling and imagery. I don’t know what the future holds for Darth Vader comics but whatever comes next will have a lot to live up to. Look for issue 25 to bring some closure to a number of the loose threads within this story line all while reminding us how important Darth Vader is to the Star Wars universe (I actually wrote a piece about the importance of Darth Vader that you can see here). Plus this cover is gorgeous. 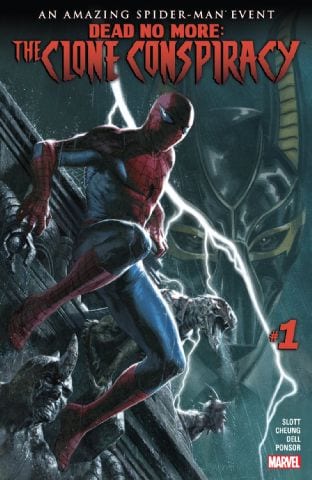 2. Spider-Man: The Clone Conspiracy– If any of you are like me (and who wouldn’t want to be cause I’m the coolest) then using the word clone around Spider-Man makes you cringe and scream to the heavens. The 90’s were a weird time for Spider-Man and a lot of that was centered around cloning. Dan Slott is looking to change all that though. The Clone Conspiracy story line has been building for months now and looks to see the Jackal take center stage (along with Doc Oc and a bunch of other regular Spider baddies) as his company has found a way to bring people back to life without any of their genetic problems. What could possibly go wrong with that? I’m sure a lot. My working theory is he’s cloning people and installing their memories in these new bodies. Hence the title of the event. I’m super smart. After last issue of Amazing Spider-Man (holy heart break) it seems that old Parker luck is rearing it’s ugly head again. Not sure what to expect with this mini event but I imagine it will reset the status quo for Peter and friends, and because it’s Spider-Man I just assume more heart ache. 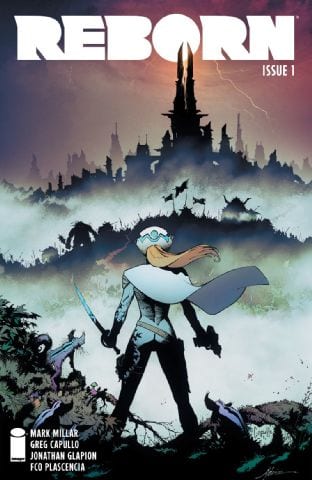 3. Reborn #1– Welcome back Mark Millar! It feels like it’s been forever since I last read a new Millar comic (that’s probably because it has) and I find myself getting really excited for this book for a number of reasons. First being Greg Capullo. One of the reasons Capullo left Batman was to work on this book, and while that title has been holding its own, the art has not reached the highs that were set during the Snyder/Capullo run. I’m sure his work on a Millar book will be like little parties for our eyeholes as there aren’t many artists who are able to capture the narrative in their work the way Capullo does. On top of that the story sounds interesting which is always helpful. Picture dying as an old person and looking to be reunited with your fallen loved ones. Instead you go to a place that is kind of like a purgatory on crack filled with sci fi goodness and epic battles/adventures while including people from your past both bad and good. Death doesn’t mean you make it automatically to heaven seems like in Reborn you’ve got to work for that shiz! 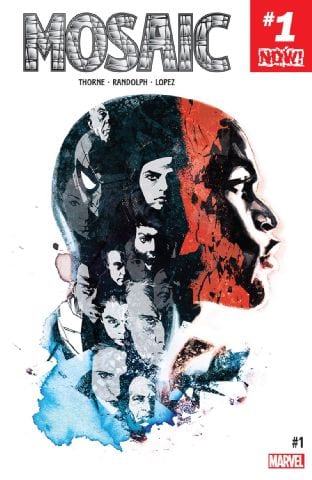 4. Mosaic #1– Civil War II has yet to wrap (ugh delays ugh) but Marvel does not care and is moving on accordingly to Marvel Now 2.0. If you remember a couple of months ago Marvel released a whole bunch of teaser images concerning their newest hero, Mosaic, so one can expect for him to have a pretty large role moving forward. What’s his power? Well our hero doesn’t have a body of his own and jumps from body to body inhabiting the persons memories and, well, their body. Think the second Dark Tower book The Drawing of the Three. This series has a lot of potential for Marvel as what would happen if Mosaic found himself in the body of, say, Steve Rogers? You know Captain Hydra. I fully expect some interesting fallout to come from the existence of Marvel’s newest. 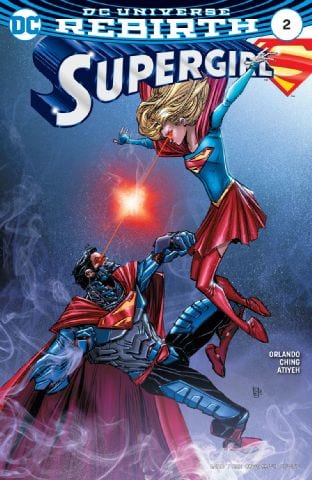 5. Supergirl Rebirth #2– Fresh off the heels of her premier on the CW on Monday, Kara is back with issue number two of her Rebirth run. I’ve always been a fan of Cyborg Superman (he was the best part of the return of Superman run) and love the fact that he is currently the big bad in Supergirl. Will be interested to see how this story goes and what possible effects it can have on the Super books, not to mention maybe it can remind the people in the CW of the existence of Cyborg Superman. I would love to see that guy show up this season. Oooooooh 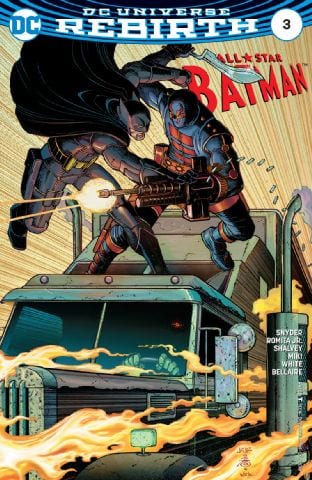 There you have it Geeklings! If you guys have any other suggestions feel free to hit me up in the comments or at Twitter or Instagram @iamgeek32. Always up for talking to comics. Happy reading everyone! 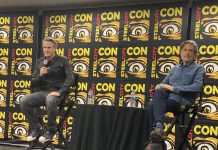