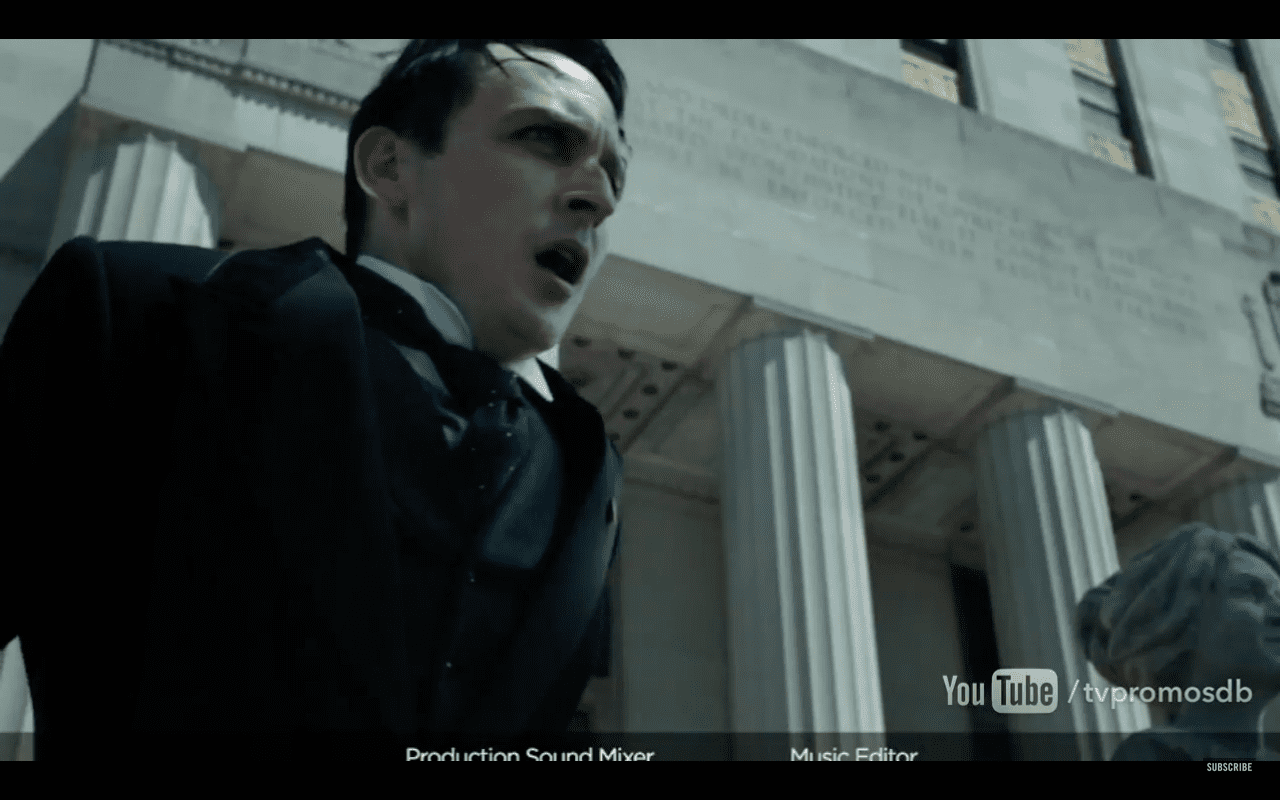 After the exciting episode of Gotham, not even 24 hours ago, Fox has already released a promo trailer of episode number five. Take a look:

They also revealed an official synopsis for the episode, which you can read below:

Crime in Gotham is at an all-time high, as Penguin struggles to uphold his promises to the city. Meanwhile, Butch goes down a dark path with the infamous Red Hood Gang and Bruce begins to investigate Ivy’s whereabouts.

It seems that Penguin has some trouble upholding his promise to the good people of Gotham! Plus, have you seen Lee hitting Mr. Nygma? Oh, she’s in trouble!

We will see what happened when Gotham: Mad City: Anything for You will air next Monday October 17 on Fox!