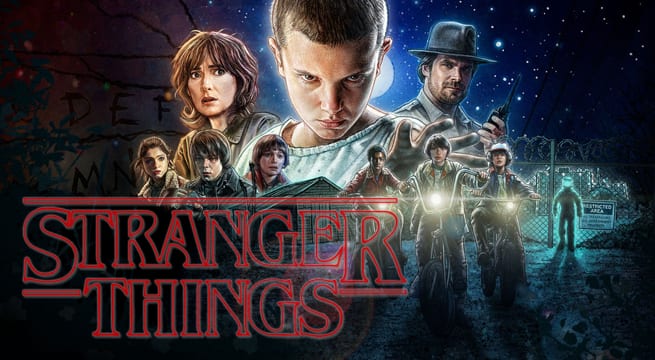 We can’t wait for Season 2 of Stranger Things!  Earlier this month, the nostalgic mega-hit Netflix series was officially given the green light for a second season of 1980’s upside down awesomeness.

If you are not familiar with the series, head on over to Netflix and get your binge on!  The 8-episode first season follows four young boys (think Stand By Me) who, while searching for their missing friend, Will, encounter a strange girl with telekinetic powers.  The group, along with Will’s mother (Winona Ryder) discover that Will has somehow traveled into a parallel universe known as “the upside down”.  Together, they try to rescue Will from being lost forever.  Pretty strange, right?

In an interview with Southern California Public Radio, producer Shawn Levy is promising that Season 2 will be even more stranger than the first.  Levy said:

“A lot of Season 2 is next-level, some crazy stuff, but we must service these characters who are now beloved, who are known to the audience.”

It’s refreshing to hear that the folks behind the successful series are planning to movie the story forward in the crazy an strange way we all loved from Season 1 while maintaining the integrity of the characters we’ve come to adore!

With the show being such a huge summer hit this year, Levy also talked about the pressure associated with making Season 2 even better than the first.

“Yes, the pressure is on. It would be so blatantly disingenuous of me to say differently. It’s scary to have people love something this much. It becomes impossible to banish all thoughts of not wanting to disappoint. This has been the challenge of it: on the one hand as we’ve see in the movie world, to do a follow-up that feels like the same thing is disappointing to an audience; to abandon things or change things [from the original], that disappoints the audience.”

Of course, in order to keep the show fresh and evolving, some change is inevitable.  Season 2 will bring us some new characters including a tough and confident pre-teen girl named Max, her brother Billy and a mystery character referred to as Roman.

Perhaps most importantly, we have been promised that Season 2 will bring JUSTICE FOR BARB!!  We miss you, Barb!!

Season 2 is sure to be a wild, binge-worthy ride!  No release date has been set just yet but, stay tuned to Fan Fest News for the latest info as it becomes available.