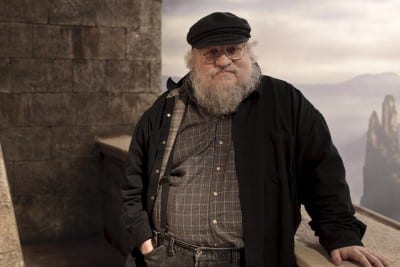 Earlier this week, Game of Thrones fans thought they had some awesome news to celebrate when Entertainment Weekly reported a possible reveal of the release date for George R. R. Martin’s next installment titled, The Winds of Winter.

Though nothing had been officially announced, fans discovered Amazon France has listed the novel for pre-order with a release date listed of March 2017.  A spring 2017 release date would seem to make sense.  The release would be right before summer season and would be strategically placed perfectly between the end of season 6 and the delayed beginning of season 7, giving fans just enough of a GoT fix before the new season kicks off. 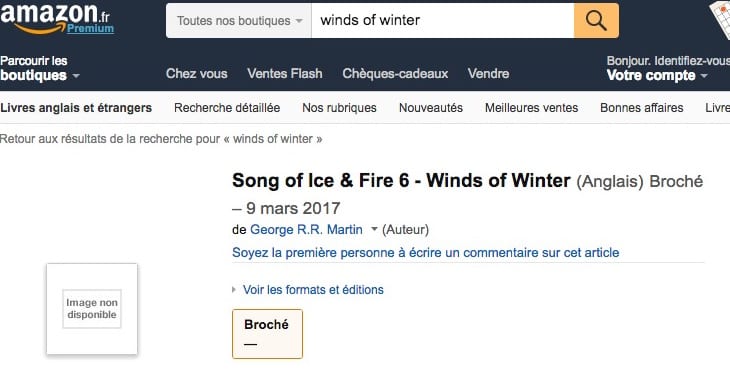 While fans momentarily rejoiced, sadly, the rumored release date turns out to be just that, a rumor.  Martin’s UK publisher, HarperCollins, has reportedly told sources that “nothing has been finalized regarding the publication or the date.”

“As his publisher, we support George RR Martin as he works hard to finish The Winds of Winter. Any on-sale dates currently listed online for the novel are incorrect. Once we have a publication date for The Winds of Winter, the world will know.”

Sadly, the world is left waiting for the next installment of the series however, the meantime, we had previously reported that Martin had released excerpts from the upcoming highly anticipated The Winds of Winter.  Please, don’t leave us in suspense too much longer, Mr. Martin!  Inquiring minds want to know what happens next!