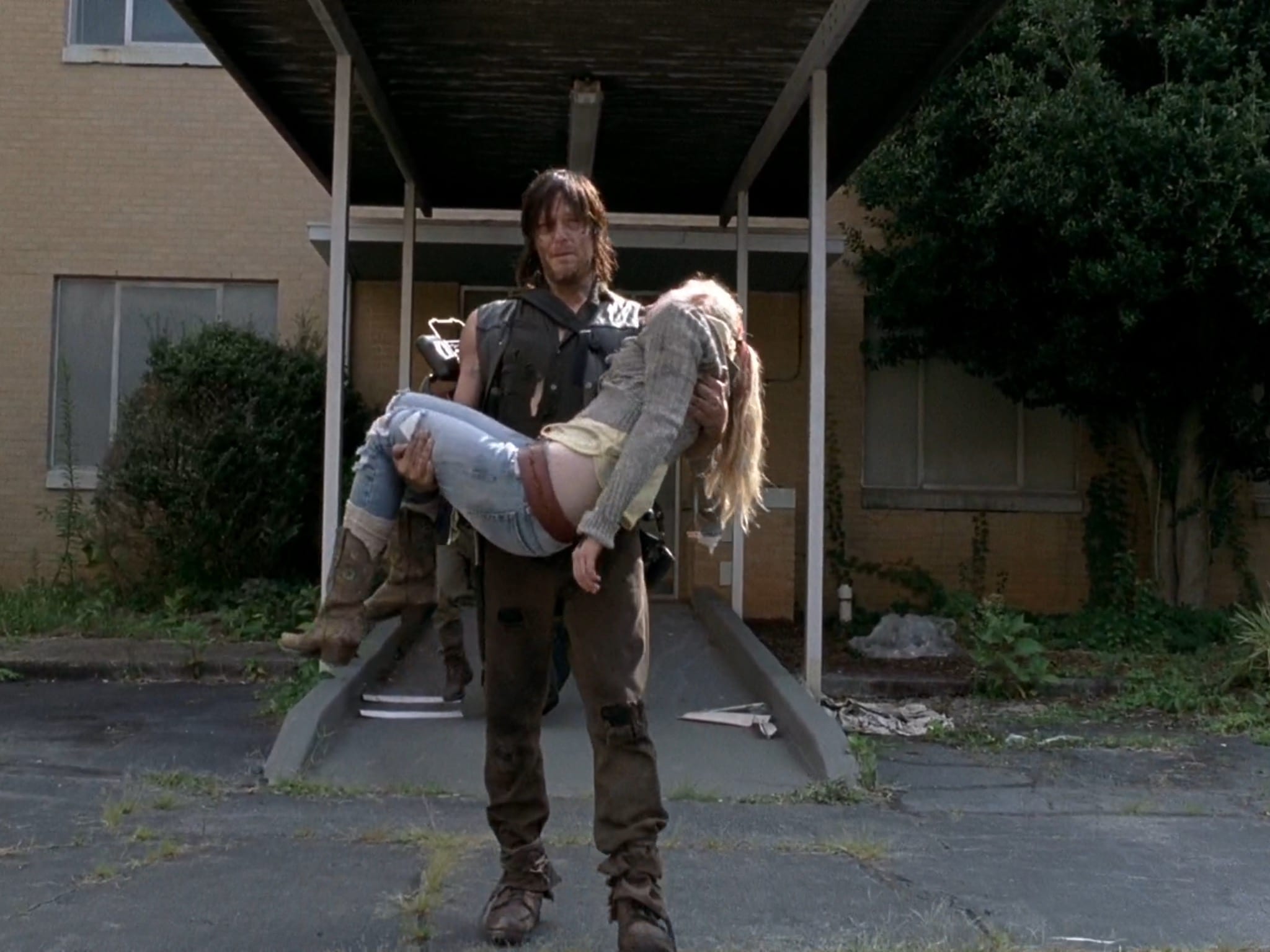 If you’re a fan of The Walking Dead, chances are, you’re both anticipating and dreading October 23rd.  That fateful evening will bring with it the death of one of our favorite characters and if that alone wasn’t bad enough; there will undoubtedly be a shift in the relationships, sense of hope, and future for those who survive.

With each episode and season that passes, we grow to love – and sometimes hate – the characters on screen and we find ourselves becoming totally invested in who they are.  We cry when they cry, we get angry when they get angry, and when they have moments of love and peace, we feel absolute joy and happiness until the next commercial break is over and turmoil returns.

Long story short; it feels like we’re going on this adventure with them, during both the good times and bad.

Along the way we’ve met new characters and lost beloved ones, found our favorites and our most hated, and somehow we’ve stuck around in hopes that in some twist of fate, there’s a happy ending for those we’ve grown to love.  We’ve also said goodbye to some of our favorites, witnessed their sometimes quite gruesome deaths, and saw their friends and family members struggle with life after loss.

As we close in on perhaps one of the most painful deaths in The Walking Dead history we took a look back at some of the hardest losses experienced along the way and how those losses have changed the course of life for the survivors.  Every favorite character we’ve lost has been hard to get over but these deaths were seemingly impossible to recover from.

Dale was a large part of the backbone of many of our favorite characters; reminding them to be strong and compassionate, finding a way to still keep their humanity during the apocalypse. His death came at the hands, literally, of a zombie who ripped him apart.  As he laid suffering the members of the group knew they had to step in and put him out of his misery, so after a lot of tears and a struggle to find the strength to end his suffering, Daryl stepped up as he apologized with a “sorry brother” before pulling the trigger.

Noah’s death was brutal and very unkind, his last lines in the show still haunt fans of the show, “don’t let go”.  He knew his demise was certain if he got trapped with the zombies and after a selfish move by Nicholas in an attempt to save himself, zombies were able to grab Noah’s leg and trap him. Noah’s death was not only graphic, but painful to watch because fans wanted more for him. In a conversation with Beth, Noah said that people thought he was scrawny and small but they had no idea who he was; and that was a true statement. Noah’s strength both mentally and physically was evident as we found out more about his character and we will always wish we’d been given more time to see what he would have done.

Andrea’s story turned tragic from the moment she lost herself after her sister, Amy, was killed in a walker attack.  A previously strong woman broke under the pressure of losing the only person she had left and she was ready to self-destruct.  With the help of the people around her however, she found strength and a new desire to protect those who became her family.  In true Andrea form, her death came from trying to help others, she just wanted everyone to survive.  Her selflessness was one of her best qualities, even though she got lost along the way, during her final days she showed her loyalty and courage to the very last moment.  Her last words, “I tried” are two of the most poignant last words in TWD history, she really did want everyone to get their happy ending, even when it meant sacraficing her own.

Herschel was the heart of The Walking Dead, a form of compassion personified.  Every person he came in touch with left his company a better version of themselves, except perhaps the person who took his life.  Herschel died at the hands of ‘the governer’ and even in his last moments he was trying to find peace and give forgiveness to those who had wronged the people he loved.  Herschel’s death was one of the most painful to watch. After the governer slashed his neck, he tried with what strength he had left to move out of the line of fire before the governer found him again and beheaded him. Moments later, Michonne had to stab Herschel’s reanimated head.  Herschel’s influence still exists in the characters we love, but his absence took a lot of getting used to.

Tyreese was a source of comfort for the group, someone that was a friend to anyone who needed it. He was strong both physically and mentally and wise beyond his years, due in large to his father who he said used to make both Tyreese and Sasha (his sister) watch the news during childhood so they could see the cruel ways of the world, so they’d be prepared. He didn’t let the world make him cold however, he tried to make it warmer instead. This was true up to his death as he tried to comfort Noah after the group returned to the compound he’d come from and Noah saw his mother’s corpse. Tyreese was looking at a photo on the wall of Noah and his sibling while the reanimated body of his brother bit him. He begins to hallucinate visions of Bob, Beth, Lizzie, and Mika who tell him that it’s better, death is less painful, it’s living that hurts. He also hallucinates the governer and Martin who are less kind. After Tyreese is bitten again Michonne steps in and cuts off his arm. Tyreese keeps hallucinating and eventually succumbs to blood loss. The comfort fans have is that he’s with Beth and the girls now, and it is better.

From the moment Beth is shot and the emotion drains out of every character on screen and every fan watching, it was absolutely impossible to draw a breath.  There were tears building behind the eyes of everyone as the next seconds unfolded and once the shock wore off, the tears fell.  Things only got worse when the excitement on the faces of the members of the group waiting outside the hospital changed to horror as Daryl was shown carrying Beth’s lifeless body out of the hospital.  Beth’s relationship with every person she met was special, she didn’t believe in her own strength in the beginning, but those who loved her did and at the end of her life she found her courage and died wearing it like a badge.

The loss of each of these characters altered the way the group as a whole functioned, as well as how they existed as individuals, and unfortunately; another name will soon be added to the list.

Which character’s death had the most impact on you, and how do you think Negan’s victim will measure up? Tweet us and let us know while we all prepare ourselves for the inevitable tears and heartache coming on October 23rd.