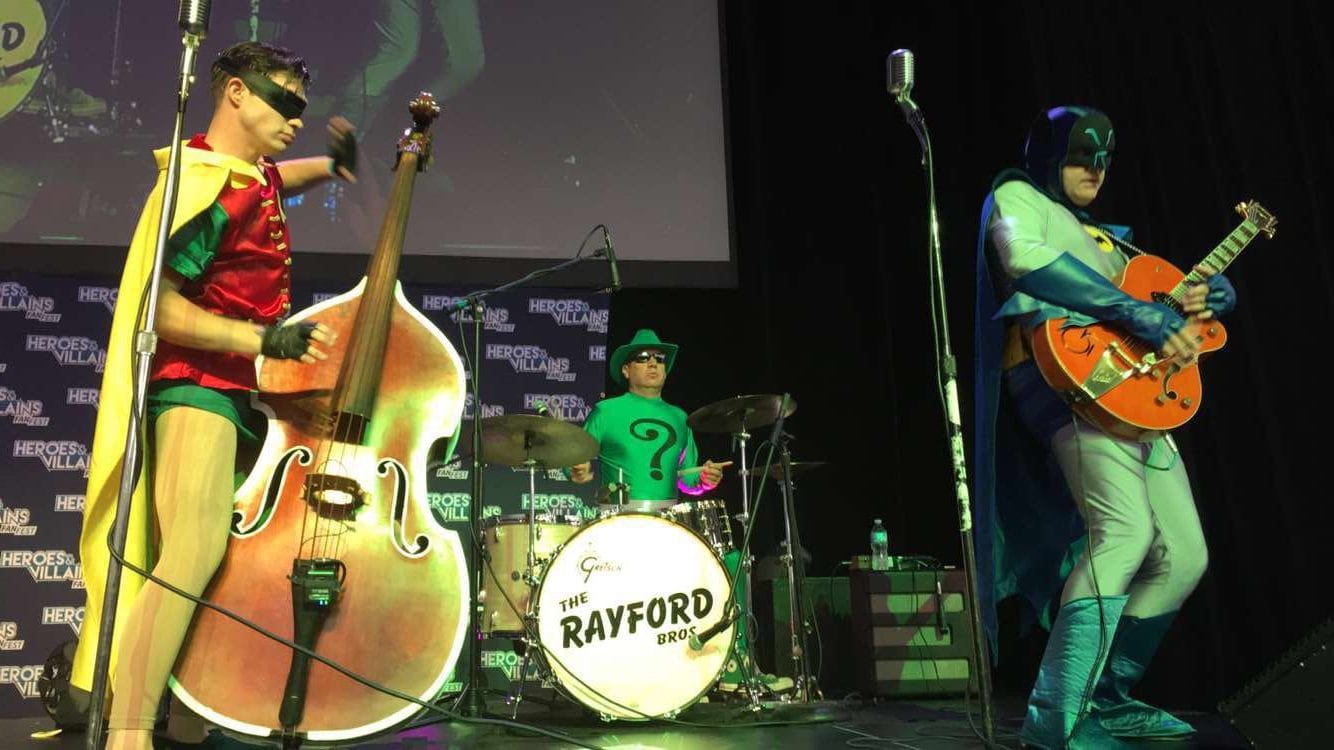 Heroes & Villains Fan Fest takes place in San Jose this weekend, and is chock full of actors, panels, art and vendors. One surprise they had up their sleeve for the guests was a band.

Not just any band-The Batman Band. The Rayford Bros. are an Orange County California-based band specializing in Rockabilly, Rock & Roll.

The band is made up of Link Rayford (Vocals and Guitar), Miles Shad Rayford (Stand-up Bass), and Otis Rayford (Drums).

The brothers dressed for the occasion, that’s for sure. Check out what we have dubbed as, The Batman Band- when Riddler, Robin, and Batman himself bring down the house.

We don’t have to explain ourselves to you! pic.twitter.com/MnNrkFTBYn