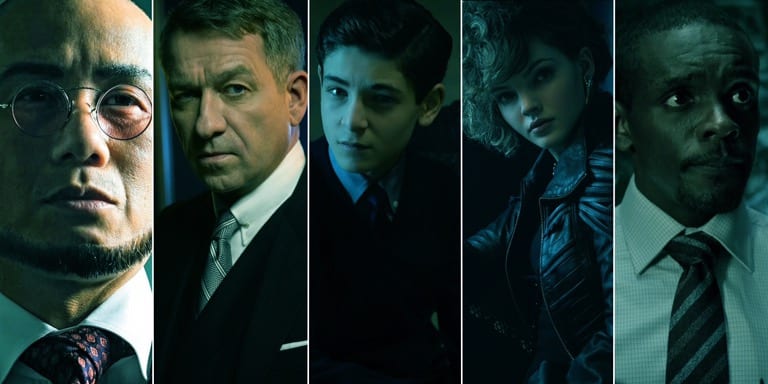 John Stephens, executive producer, was asked during the TCA press tour for Fox, if members of the Suicide Squad will make an appearance in the early Gotham days or if they keep them off for the movie’s franchise. This was his answer!

But of course, that is not all. Because Jerome was the closest thing we got to a Joker, and we’re all curious what the thing will be to make the Joker the man we know today, we still need to know if the development of the clown is in Gotham’s future.

“When you think of the Joker in the Batman canon, obviously nobody else looms as large,” Stephens said. “We really imagined developing the myth of the Joker at the same time as we develop the myth of Batman. We really wanted to stretch that over multiple seasons. So in the course of this year, we’re going to see how the cult of the Joker—[which] really started at the beginning of last year—is going to extend and deepen and change this year. We have these underground movements that have started to talk about Jerome and what he represented and how he’s going to come back, setting the stage for perhaps, if FOX gives us a season four, hopefully we’ll bring that back in a much bigger way and you’ll see these other versions of the Joker myth with Jerome and with other characters.”

He didn’t talk just about the character developments, he also talked about what we could expect from the third season.

“In season three you’re really going to see how villains have taken up residence inside the city,” Stephens said. “The villains have become more and more a part of the fabric of the city of Gotham. It’s less and less a police show like it was in season one. It’s a natural continuation of that in season three. I totally think we had to build to this point. The place we got to at the end of season three with people coming back to life as medieval monks and what have you, I don’t think we could have gone into that in the first episode of the first season.”

We don’t know about you, but this made it impossible to wait for next month to come around!

Gotham: Heroes Will Fall will premiere on September 19 on Fox!
Source