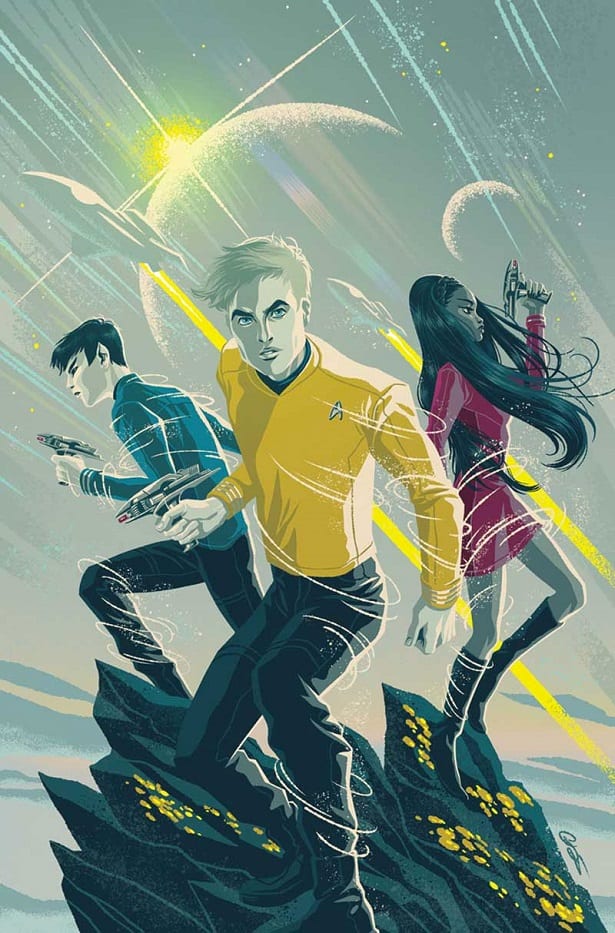 The 50th anniversary of STAR TREK is upon us and to further celebrate, IDW Publishing, under license by CBS Consumer Products, will introduce a new Star Trek series in October.

Star Trek: Boldly Go will reunite the fan-favorite Trek team of Mike Johnson and Tony Shasteen on writing and art duties, respectively, and will succeed the currently running Star Trek series which will conclude after 60 universe-expanding issues, penned primarily under Johnson’s watch. Boldly Go will follow the events of Star Trek Beyond, the latest major motion picture in the ongoing cinematic saga.

“What better way to celebrate the 50th anniversary of STAR TREK?” asks Star Trek editor Sarah Gaydos. “And what better team to do it with? Mike and Tony are poised to take the series in such an exciting direction. I can’t wait to introduce the world to these new characters… as well as some interesting friends and foes from the past.”

Chronicling the adventures of Captain Kirk and his iconic crew, a danger unlike anything the Federation has faced before threatens our heroes as they explore new worlds and encounter new species. All that plus brand-new uniforms for the crew!