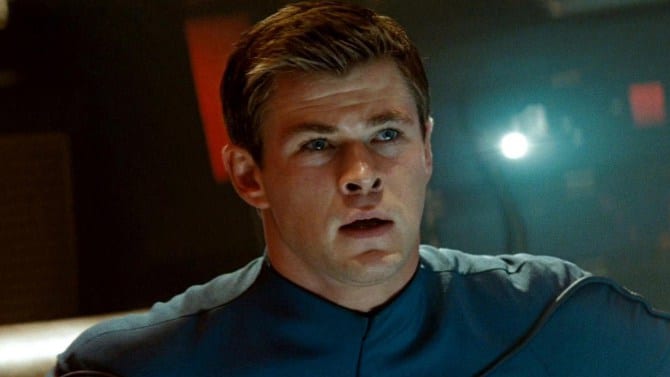 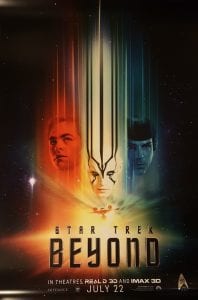 Paramount has officially announced Here: that a fourth Star Trek movie is in development and that yes, it will somehow find a way to bring Chris Hemsworth’s George Kirk into the fold. Time travel has played a major role throughout Star Trek‘s 50-year history, so this unlikely reunion is perfectly in line with what has come before. No director is attached yet, but J.D. Payne and Patrick McKay are writing the screenplay. The entire cast is expected to return minus Chekhov, who will be retired from the Enterprise crew following the tragic death of Anton Yelchin. The original article follows below:

We’re still a few days from seeing Star Trek Beyond premiere at San Diego Comic-Con, followed by hitting theaters everywhere late next week (or a bit earlier if you head to the Star Trek marathon at AMC Theatres). While the early buzz is pretty stellar, most of us are still in the dark about what happens in the movie, but now we’re all on even footing when it comes to knowing something about Star Trek 4.

One thing we’ve seen in the trailers for Star Trek Beyond is a hint that Captain Kirk’s arc in the movie is about doing more than living up to the legacy of his heroic father George Kirk, played by Chris Hemsworth before he became Thor, who died in the opening of the 2009 reboot from J.J. Abrams just after Kirk was born. Therefore, it only makes sense that news of the return of Chris Hemsworth to the franchise comes from Abrams as well. Find out more after the jump.

J.J. Abrams may not have directed Star Trek Beyond (that responsibility fell to Justin Lin this time), but he’s still a producer on the movie by way of his Bad Robot production banner. Therefore he’s been making some publicity rounds to talk about the future of Star Trek. First of all, a press conference with Abrams in attendance had the filmmaker confidently answering a question about whether or not we’ll get another Star Trek movie sooner than later. The director/producer said (via Den of Geek):

“Yes, and there’s something that hopefully we’re figurative minutes away from talking about. But the answer is 100 percent yes, and it’s incredibly exciting.” 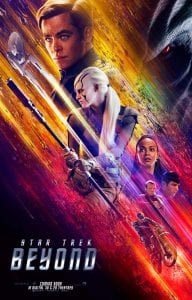 However, that’s not the only news that Abrams revealed while talking about Star Trek Beyond. In a conversation with Access Hollywood’s Scott Mantz, Abrams revealed that Chris Hemsworth will reprise his role as George Kirk along with the return of Chris Pine as Captain James T. Kirk. 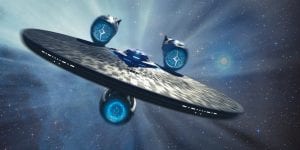 As we’ve already recalled, George Kirk died just after his son James Kirk was born, but just because Chris Hemsworth is back doesn’t mean the elder Kirk will come back from the dead. As the first film in the rebooted Star Trek franchise proved, time travel is something that occasionally happens, so that’s not out of the realm of possibility. Or maybe there will be a parallel story told that follows Kirk learning something about his father as we see what happened with George in the past. We’re not sure.

Hemsworth is currently starring in “Ghostbusters” alongside Melissa McCarthy, Kristin Wiig and Kate McKinnon, and filming “Thor: Ragnorak” and “Avengers: Infinity War – Part 1” back to back.