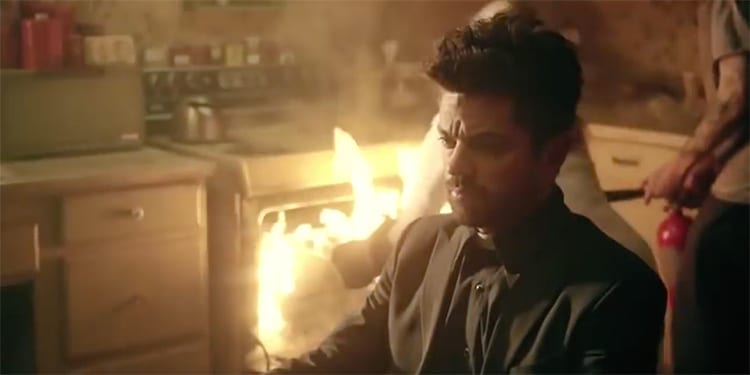 Well it looks like Genesis is starting to catch up with Jesse. After declaring last week that he would be keeping the power, that he was told to never, ever use, Jesse has some serious ramifications to deal with tonight. For starters the fact that he sent poor Eugene to hell. Literally. Like my man just vanished. Poof. If Eugene thought that he was getting a tough time now, I wonder what hell is going to be like for him. Not to mention, according to the trailer, Eugene’s father comes looking for him and Jesse denies seeing him. And Emily, who hears this, knows that that’s not true in the slightest. So much for that relationship.

It’s starting to look like the wheels are starting to falling off for Jesse this week. As much as he wants to save the town and move on from his promise I’m starting to believe that it’s not possible. How can he save the town if he’s unable to save himself? Jesse clearly doesn’t know the type of man he is. I believe a large part of him believes/wants to be good, but there’s another part of him that doesn’t believe it to be possible. And maybe it’s not. He did just send a high school kid to hell which is like the worst place ever.

Last week Heaven sent some angel looking for Genesis and you have to believe that that pursuit isn’t over yet. I’m all for that if it means more brawls like the one in the hotel room. Tulip seemed to break things off with Cassidy last week, and I think there might be a little bit of jealousy there. Could that be the first crack in the Cassidy/Jesse relationship? And how can we forget that the mayor helped Odin cover up his little killing outburst? Lots of moving parts that I expect to see coming together as season one nears it’s finish line. Not to mention our cowboy story needs to be tied in…

What do you think Geeklings? What are you expecting from tonight’s episode? Do you think they’ll actually give us a glimpse of Eugene in hell? Can Jesse be saved? Sound off in the comments below.