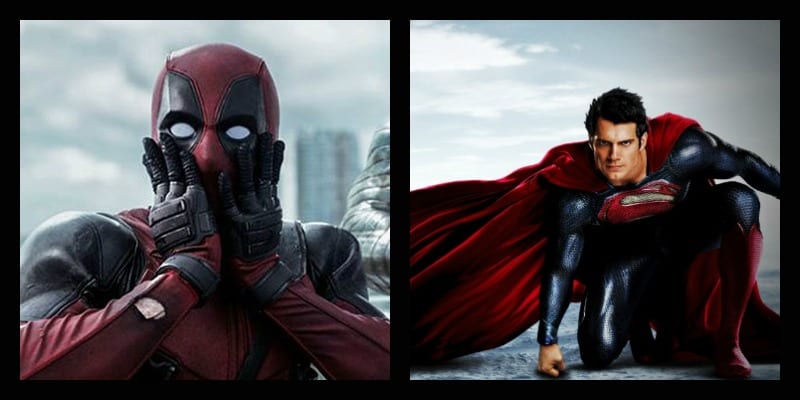 You’ve all seen the movies, and I’m sure you are all familiar with the stereotypical moments and events that take place in every single ‘superhero movie’.

After recently watching Deadpool for the seventh time, I just had the inspiration to do a listicle on some pretty epic ‘superhero landings’. The well-known ‘Superhero landing’ pose is actually referred to as the ‘3-point’ pose, and Deadpool is correct when he says that it is actually not good for your knees at all. But hey, it looks pretty cool, doesn’t it?!

Unfortunately, Mr. Pool was not available to come and approve these selected landings, but we have a similar sense of humor… so I’m inclined to believe that he would agree with my choices.

After stealing Captain America’s shield, Spiderman sticks quite an epic landing. Captain didn’t seem to phased by that. Then again, I wouldn’t be either if someone stole my shield!

Don’t stop, Hammertime! I wish that when I jumped with my hammer like that, that the bad guys would fall down. Alas, all that I accomplish is a nail going into the board.

It’s a bird… it’s a plane… it’s… SUPERMAN DOING A SUPERHERO LANDING!! It’s going to take a few weeks for those guys to get all that dust out of their uniforms. Just saying.

Okay, so he may not be ‘sticking‘ the landing in this GIF, but he’s clearly about to. How many people can run, spin around and fire an arrow all in perfect sync? Clearly, Oliver Queen can. Either way, this scene was pretty epic.

The classic ‘sneak up on the bad guys and knock them out’ maneuver. Works every time.

Look out guys, she’s a pretty ‘witchy’ woman. (See what I did there?)

Superhero landing in a super suit. I would say that is pretty darn epic.

Dodging a bullet (well, I could that would be a disk) and mastering the three-point landing? Talk about awesome!

Fatality X 3!! I certainly would not want to be hit by that blast… and how does she keep her hair so perfect when she sticks that landing? Share your secrets, please!

2. Legolas (Lord of the Rings: The Two Towers)

It may not be your classic ‘3-point landing’ but that is pretty bad-ass. Someone teach me those acrobatics!

Why? Because he’s Batman… and there is definitely nothing more surprising to the bad guys then being in the mind set of ‘hey, we lost that guy!’ only to have him jump onto the roof of your van, completely blowing out your windows. I bet it doesn’t feel so good to be one of the bad guys now, does it?