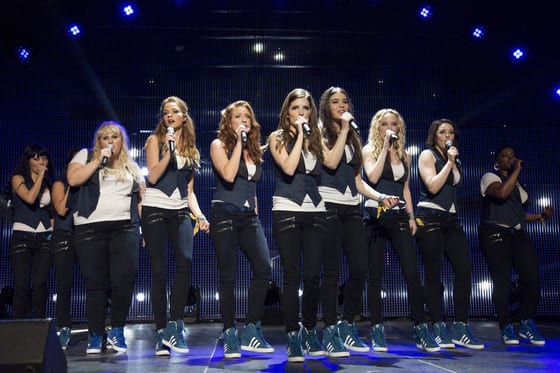 UPDATE: The release date of Pitch Perfect 3 has, once again, been moved.  The film is now scheduled to be released December 22, 2017.

This is Aca-AWESOME! The Barden Bellas will be returning to the big screen two weeks sooner than previously announced, on July 21, 2017 in Pitch Perfect 3. Though the film was originally scheduled to be released on this date, several months ago, the release was pushed back to August 4, 2017.  Earlier this week, Universal Pictures announced the second date change.

Pitch Perfect 3 will reunite previous cast members Anna Kendrick, Rebel Wilson, Hailee Steinfeld and Brittany Snow along with Elizabeth Banks both appearing in the film as well as directing. The first and second installments of the franchise did exceptionally well at the box office, quickly became fan favorites and gave audiences a new appreciation for a capella singing.

Check out the Riff Off Scene from the first movie below and prepare to be pitch slapped!

Are you excited for Pitch Perfect 3 to hit theaters?