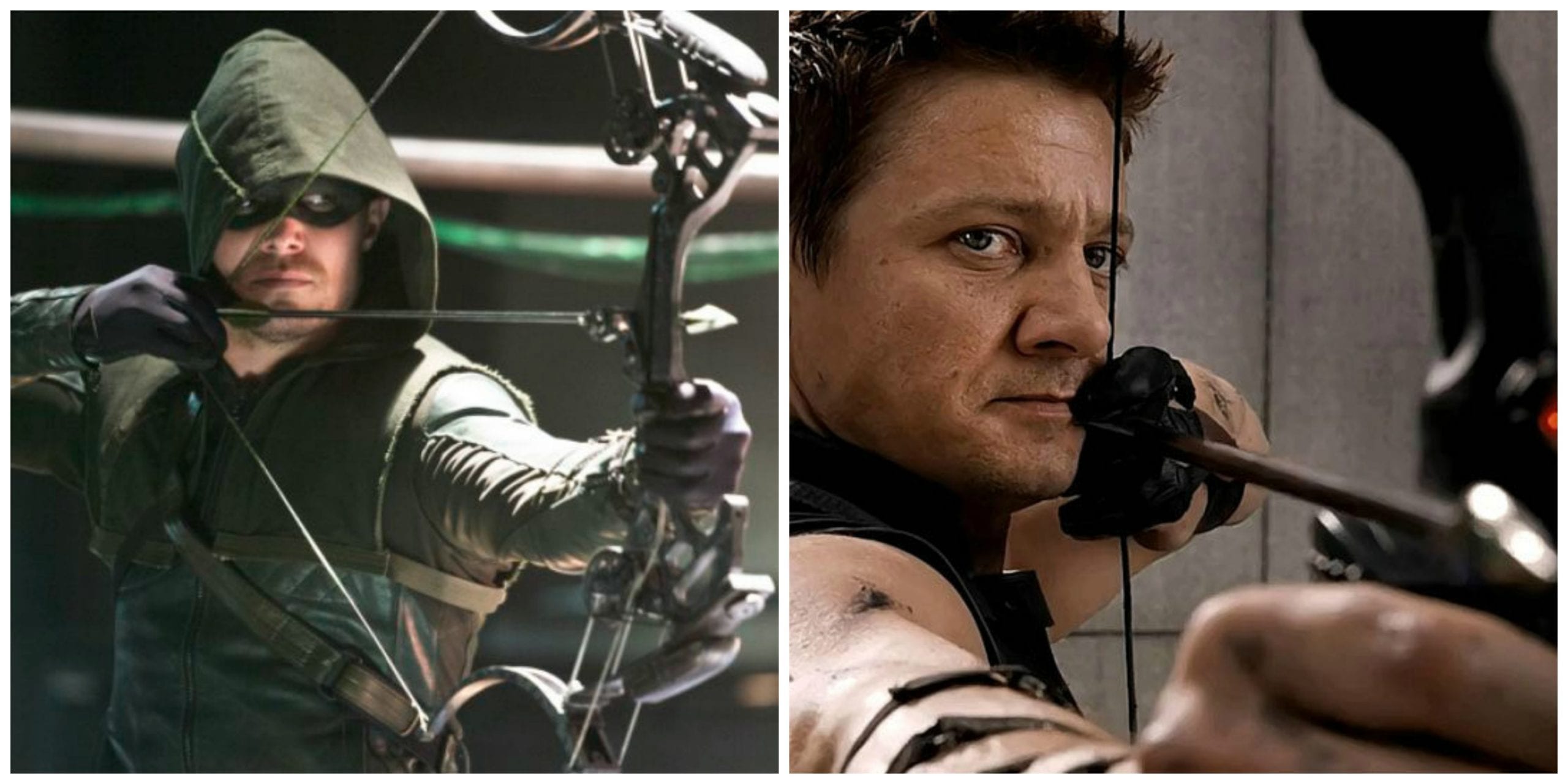 With the season finale of Arrow and the opening of Captain America: Civil War on approach, numerous press releases and articles have been written about both productions. Shortly after doing my character spotlight on Oliver Queen, I started to think about all the other archers in the superhero multiverse. I then thought of Hawkeye aka Clint Barton, the golden archer of the Marvel Universe. Like the nerd I am, I began wondering what would ever happen if these two heroes were to ever meet.

Stephen Amell has brought the DC Universe superhero ‘The Green Arrow’ to life on the CW television series Arrow. Jeremy Renner has also made his debut to the superhero universe as Marvel’s ‘Hawkeye’. Both actors have done a phenomenal job in their various roles, and I absolutely love what they each have brought to the screen as their respective characters.

Just for fun, in honor of Captain America: Civil War and Batman v. Superman: Dawn of Justice, if these characters cinema personalities were to wage their own ‘battle’ (Whatever the reason) onto each other; just like Batman and Superman and now Iron Man and Captain America. Who would come out the champion? Let us take a closer look at their abilities and skills, and you determine the outcome.

It’s a DC vs Marvel match-up!

Jules vote: It would be extremely close. Their skill set’s are extremely identical and both have exemplary skills with a bow and arrow. I don’t see either one of them surrendering too easily. But I have to go with, Oliver Queen. By the skin of his teeth.

Who do you think would win the challenge between Oliver Queen and Clint Barton?