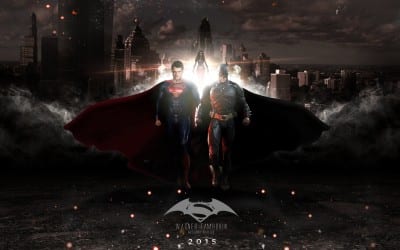 Finally, my, and so many others, their wait is over. With all the mixed reviews I heard, I didn’t know what to expect of this movie. Considering it all, I was still very scared of how Ben Affleck would be as an icon hero like Batman. I was scared, that maybe the whole storyline would be too chaotic to follow.

Let me tell you this; it was chaotic. It was very hard to find the right place in the story. BUT; it all turned to a point that you could follow everything and the story explained itself at the end. Then again, this movie is meant to be watched with your fullest attention and concentration. You do not want to miss pieces and want to be left out of details that can be super important.

Be warned, it can contain spoilers. I warned you!

Let me tell you something about myself first. I’m not fond of seeing sneak peaks/trailers. I don’t do that, at all. I truly ignore every trailer I see and I’m super good at dodging every trailer. Even when I’m writing for Fanfest, I look at the trailer, but I don’t really look at them deeply. It’s like a robotic moment I have where I can change my brain to typing for a job. The only trailer I saw was this week when the extended trailer got released. Because I knew it was time for me to see the movie and I allowed myself to watch it. I can’t help it, I like to be surprised for movies! All I saw were still shots, pictures of the costumes and gadgets and the Turkish Airlines marketing stunt they did (because that was truly original and I loved it).

It was amazing to see all the still shots, pictures and everything come so alive. It makes me realize that trailers can be so missleading in the storyline. That’s probably the thing I don’t like about trailers. They say somthing or
completely different from what they will show and it would be such a small piece of the movie that it can change your complete view of the movie, or it can give away too much.

Now, back to the movie.

Character wise, this movie was very strong. Let me tell you something about Lex Luthor. The story does not end here with him. Justice League will form (and we know that the movie will be real in a few years) and we haven’t seen all of Lex Luthor.

Oh, and congratulations on Jesse Eisenberg for portraying such a good and strong character! He was very sarcastic (which I completely love, sarcasme is my first language). He had a strange sense of humor, talked a lot and left you breathless. He had a plan and it slowly, but surly, revealed itself in the movie. It still lingers in my mind why he wanted Superman dead first and then all of a sudden Batman. His plan was like a ping pong ball and was hard to follow. The movie was chaotic, but so is Lex Luthor. It fitted him, it fit in the whole storyline. They couldn’t have picked a better person to portray this character.

Henry Cavill is a great Superman. I wasn’t liking him at the beginning of the movie, he was very harsh and was contemplating if he was doing the right thing or not. He had this dislike at moment one for Batman, but further in the storyline it was all revealed that once again, Lex Luthor was the one to do that.

The fact that the hate was strong on both sides of the iconic superheroes, was all in this villain his plan. But Superman
finally found the right way and instead of fighting the one he hated the most on that moment, he could see clearly through it all. He got Batman on his side and stopped this plan to destroy the city even more. Which in this case, there isn’t much left of both cities… try to keep it clean next time, boys! Everyone always have to clean up after the heroes.

Ben Affleck. I still don’t know. His acting was much better than in some other movies, that I won’t tell anything about here. Although, we’re all thinking it and you guys know exactly which specific movie I mean. He was a good Batman, but I’m not over the moon by it. He is no Christian Bale, but of course, you’ll have to see this as another universe. Which I get. The first scene you saw him in, was of course as a young boy. I was so happy they didn’t tell the complete story in detail. Just the
things you need to know if you didn’t watch, or know, anything Batman related. It’s very important you know the name of Martha Wayne. Because that is exactly what saved Superman his life of the hands of Batman. Yes, you read that right!

Even the first scene you saw Bruce Wayne in, you already could feel the Batman vibe screaming off of him. So, that is a plus too! But, the first time I saw him as Batman, I laughed. He was hanging in the corner of the ceiling as a… well, as a bat! Can’t stop seeing that before my eyes and it’s truly making me laugh over and over again! The suit suited him perfectly, and I can’t help but see a bit of the Batman Arkham Asylum video game in him.

Alfred, oh how I loved Alfred! He was not amused and he told you right in the face. My mom and I started to laugh every time he opened his mouth. He, Jeremy Irons, was made to be this kind of Alfred. He’s not the traditional Alfred you see in other movies.

I LOVED the cameos, I loved putting two and two together! I was so bummed that Aquaman was only in one scene though. But weel see him in Justice League, so I’m happy about that. We saw the

Flash too, which was truly short, again, very sad about it, but Justice League is hanging around in my head! dianaI’m still so curieus why Lex Luthor had those files about the League members. That’s exactly why I think it’s not done with the storyline of Lex Luthor. Such a great mind like him can surly escape from a prison like that.

And I was waiting on the moment that Diana Prince would turn up in the movie. I was almost giving up on what I saw in the trailer but I was so relieved, glad and super excited for her to get into the movie! Gal Gadot
was another good choice they made for sure.
She was made to be Wonder Woman of this era!

From moment one, this movie caught my eyes. Even though it was hard to follow, I loved every minute of it. I so can’t wait on the 30 extra minutes they’ll be putting on the Blu-ray/DVD, it will be a great addition to the 2 hours and 41 minutes you’ve seen in theatres. This movie filmed in such a great way, I loved the slow motion close-up’s. I even loved the music, as the hearing the music of Hans Zimmer and Junkie XL before the movie, I expected more of it. I actually didn’t like it at first. But, in the movie it
was translator in the best way possible. The music was truly made to fit into the movie. They did it again and I couldn’t be happier.

This movie was worth the money, worth the time and I am so putting up a pre-order, like, right now for my own copy that’l be released on July 16th! If people would ask me; which one would you chose out of the two? I still couldn’t answer you because they are both equally awesome.