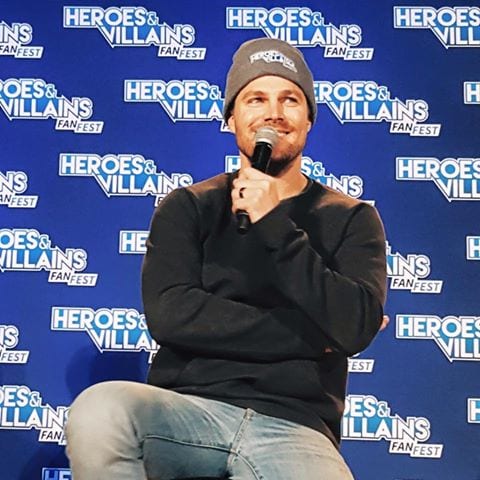 Stephen Amell was asked about the possibility of all three DC CW shows (Legends of Tomorrow, The Flash and Arrow) doing a crossover episode during his panel today at Heroes & Villains Fan Fest Chicago. Although we don’t know for sure, his answer certainly points to yes!

Here is what he had to say:

“Well yeah. I mean I wouldassume yes. Let me just say that I would imagine…and I can’t envision a world where one network has three shows (if it stays this way) on 3 consecutive nights, that are all DC properties that all live in the same universe-not even the same universe but same Earth-and all shoot in Vancouver and have the same executive producers. I’d say it’s a pretty safe bet.”

Yesterday The CW renewed 11 shows, including Arrow, Legends of Tomorrow and The Flash. The Flash and Arrow have already combined worlds, so Legends would be next to jump into the mix. It does seem very plausible Stephen!