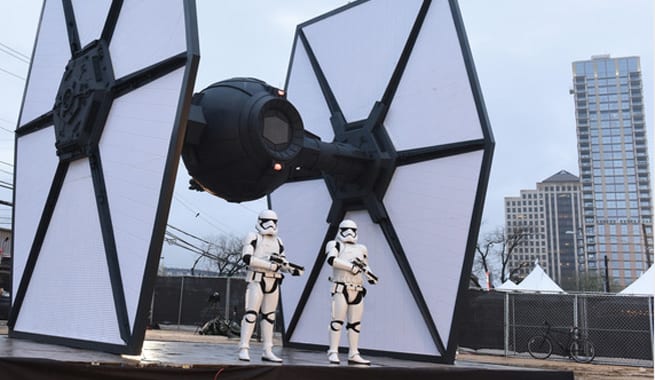 One of the most exciting things about the release of Star Wars: The Force Awakens DVD is the story of the beginning. Weer talking about the table read. ‘The Story Awakens’ is a new documentaire that shows how J.J. Abrams and the actors come together for the very first time.

The documentaire will gebute on South by South West Film Festival and had a theater trailer released before this weekend. Disney did this awesome thing where a full-size TIE fighter and two first order stormtroopers landed on the festival. It will be there all weekend and something tells me that there will appear a lot of pictures on Instagram.

The DVD/Blu-Ray release of The Force Awakens will be on April 5. If you can’t wait you can already buy it digitally on April 1!