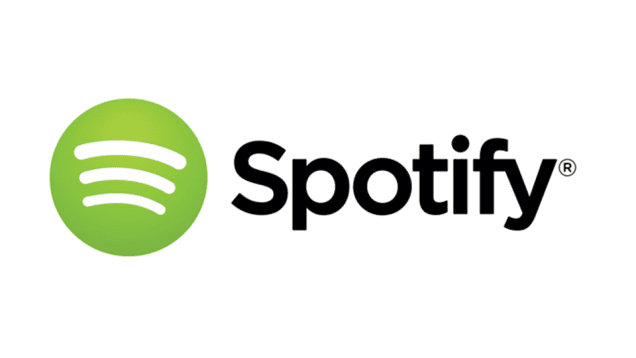 I never was a fan of music streaming, because you don’t have anything physical in hand. But I was a fan because I could take my music with me, anywhere I go. For a music fanatic, buying merchandise and albums (or vinyl, for the diehards like me) is such an important part of concerts.

After reading how Spotify works in one of my legal classes, I’m not sure how I feel about it anymore. Sure it’s fast and convenient to use when you’re on your way to work or school. Plus, one of the pers on a rider scale is it works to prevent piracy. No matter how great of a music system it is, I’m still not a fan of it personally. I believe in fair pays for artists and after you can count the pay yourself, you’ll onderstaand why. Let’s make a quick sketch of how the profits work for Spotify. Not only do they keep 30% net profit but the 70% that remains is shared between the right holders. Apparently the per stream pay is not entirely true. 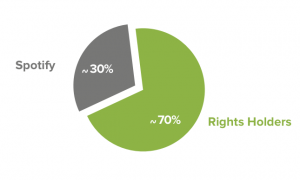 That’s what you see in the cirkle diagram I took out of the article they published. They take a big 30% of it all for their company, which is SO much if you know that’s coming in on their accounts on a monthly base. Let’s take a quick look at how they count out what they have to pay artists.

Per stream pays the artist between the $0,006 and $0,0084 of royalties*. But as the formula shows, the artist doesn’t actually receive a lot of the per stream money. I have tried to show the pay that a starter band would get below with a royalty rate of $0,006:

So as you see, the per stream pay is a myth. This isn’t a sufficient nor a fair share for a professional artist. Even though Spotify would help branch out your music to a wider audience on the internet, is it really worth the 1 dollar more? Considering it brings is roughly 20 dollars in total in a year, I don’t really know how I feel about this. Not to mention that 70% goes to the master owners* or publisher owners* every artist is as big or well known as Taylor Swift with millions of streams a month.

Here are some terms I explained: Royalties: a pay an artist gets per sold album, song on iTunes, or stream. This will be negotianted before the contract has been signed between label/publisher and artist.

Master owners: The people that pay for the recording are most likely the owner of the music and will get the pay of copyrights. This can be the artist itself, but this could also be the label the artist has joined. If the artist joined a label and the label is master owner, they will have to give away their rights on this pay and get the royalty of $0,006 ‘per stream’.

Publisher owners: Publishers are companies that will search for deals that expand the range of the music getting distributed. For this they will get, in most cases, a 50% of the copyrights that will come in. There are more specific deals on streaming/online selling platforms for this.

What do you think about this? Do you agree with me or do you think entirely different? Is this a fair pay? Let me know, so that we can discuss this together!