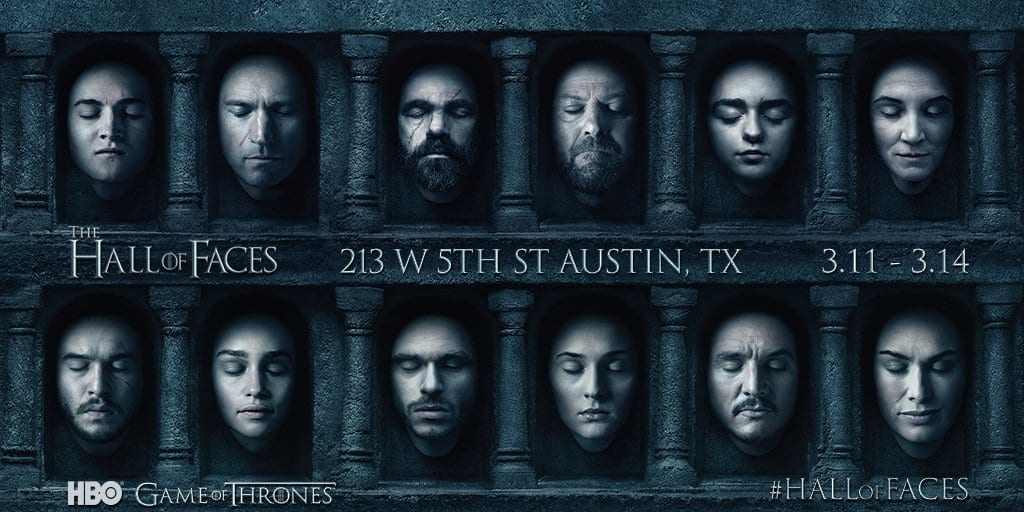 Game of Thrones®: The Exhibition, presented by HBO GO®, has had a temporary home at this weekend’s South By Southwest Music and Film Interactive Festival taking place in Austin Texas.

Fans were transported into the world of Game of Thrones with and virtual reality Hall of Faces, and an opportunity to sit on the Iron Throne.

The Exhibition ran from March 7th until today.

“Is a girl ready?” Visit #TheHallofFaces  today to see the faceless men. #SXSWesterospic.twitter.com/B2TgjWKwHf

Have you ever sat on the Iron Throne?