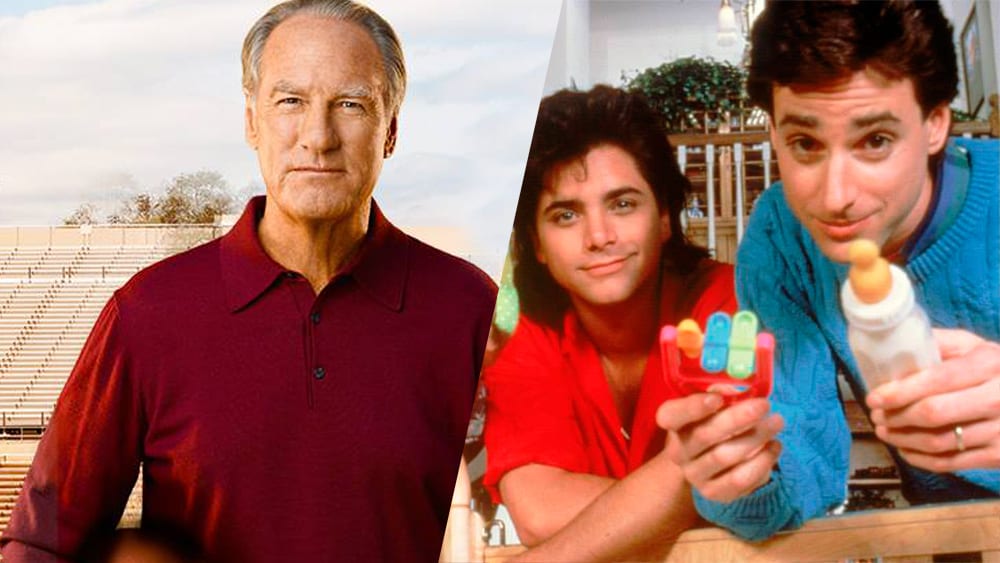 Reber Gets Real – Is “Revival” Turning Into A Dirty Word?

The landscape of today’s television sure is a thing of beauty, isn’t it? Culturally diverse, genre bending, and character-driven tales flood our screens with programming for everybody. The argument of how much of today’s crop of shows are original is one that pundits have been asking themselves for years, and for good reason. Each fall a couple new original shows debut with a slew of reboots or re-imaginings in tow. Television executives must be running of original content in a vast hurry – that, or dwindling ratings are scaring them onto rooftop ledges. Everyone wants the next Bones or NCIS, but no one has been able to figure the formula out yet. So, instead of trying something original someone plops before them, studios have been hell-bent on reviving our favorite shows from yesterday.

Yes, yes, I know, revival. Sounds like you’re traveling to a circus tent to hear a preacher yell in your face about how Jesus told him the world’s going to
end. (If you’re me, then you’re looking for Sam and Dean Winchester around the corner too.) No, a revival is not the same as a reboot. Reboots have been the hot hand for years, new casts in familiar roles but lacking the ingredients that made said shows achieve cult status. (The less we discuss Knight Rider and V the better or I’ll scream redrum.) Revivals are continuations of shows that audiences clamor for, generally with the cast somewhat intact, and usually continue where the series finale left audiences. We’ve already seen 24 make the leap, though now a victim of a fall reboot. (Fox will never learn.) Add Gilmore Girls to the growing list too, a news bit that, as Jim Ross would say, nearly broke the damn Internet in half.

I hate to be the bearer of bad news – revivals aren’t disappearing. They’re increasingly becoming more and more popular. And why not? Less creative fuss, just need to find the right story, pay off negotiate salaries with the old cast (if they’re so inclined to participate), and get producers onboard. It’s worked so far for ABC’s The Muppets but most successfully for Disney’s Girls Meets World, which arguably kicked off the latest wave of revivals two years back. Why yes, I do admittedly watch the adventures of the Matthews family. Everyone has the one show as a guilty pleasure, and that’d be mine. Yeah, yeah, whatever, move along.

The latest revival that’s breaking the Internet comes from the golden days of Friday family viewing – Fuller House. I was one of a legion of fans waxing
nostalgic demanding for more of the Tanner family. (Well, okay, so DJ is now a Fuller. Get it? The house is now FULLER. What a knee slapper.) 21 years since the show last aired, we return to the entire Tanner clan minus Michelle who, in a bit of a wink, is too busy with her fashion empire. Fuller House centers on DJ raising her two sons following their father’s death but needing a helping hand. (Wait, didn’t Danny lose his wife in the original? I feel we’ve seen this before.) Throw in “DJ” Stephanie Tanner, Kimmie, and Kimmie’s daughter Ramona, and you’ve got a new set of hijinx for families. (Yep, we’ve definitely seen this before.)

See, this is the exact fluff that revivals are about in some circumstances. This is American cheese, topped with shredded cheddar cheese, with gooey Velveeta cheese splattered atop. Yes, the show is immensely hokey, waxy, and cornball. It’s supposed to be. Some revivals should not be serious but actually acknowledge the fans made the revival happen. Fuller House (and Full House) creator Jeff Franklin knew precisely what he was doing when asked to resurrect his iconic show. Franklin aims to reel in a younger generation but still attract fans of the original. Sure, the show is a bit too tongue in cheek at times but is a side effect of a show attempting to recapture its old magic. For the most part, unlike many sitcom revivals, Fuller House actually works quite well. (As of today the show did get renewed for a second season too. Thank you, Jeebus!) Even as I finished my Fuller House binge, the question that I posed myself was – hey, self, are revivals really all that bad or are we going to get into a total overload that repels audiences?

So far, some revivals have been on point. Take the six-episode revival of The X-Files. Chris Carter and James Wan cracked a central story. I’m certain it didn’t really take much to coerce David Duchovny, Gillian Anderson, and Mitch Pileggi to return either. (Millions of dollars, that I’m positive.) Sure, the run was nestled during the winter break for Gotham but the trick sure paid off. A premiere and finale that make you itching to binge the first run, a couple of strong standalone episodes that stood out as two of the series’ best, and new characters to bring into the fold (though I feel we’ve seen this before). And that cliffhanger? Seriously! But with the ratings being tallied (the premiere netted a startling 21.4 million with live, DVR, and streaming viewers), it’s a matter of time before Fox wants more. Carter is ready, so he says. And we’re left wagging our tongues and kicking ourselves for getting suckered in all over again.

On one end of the spectrum, some revivals are much anticipated. On March 18th Pee Wee returns to Netflix with a brand new movie that appears more Big Adventure than Big-Top. David Lynch is busy lensing a revival of Twin Peaks for Showtime, returning Agent Dale Cooper to the title town.  On the converse, some revivals aren’t even necessary. Damien, a revival no one asked for, lands on A&E next week following Bates Motel, itself a revival of Norman Bates. ABC has cast Mike Epps as the synonymous Uncle Buck for a sitcom revival, nevermind a failed pilot in the early 1990’s. Just over the weekend Sarah Shahi was cast as Nancy Drew in a revival of the teenage detective, however, now in her 30’s and working for the NYPD.  (Shocker – the show’s a procedural.)

Revivals are a way to either recast or return to small screens certain characters we hold near and dear to our hearts, but oft times losing the original’s luster somewhere in the creative process. The demand of revivals isn’t waning but in fact rising. Also cresting on the horizon for this fall? Why, a revival of David Ayers’ Training Day, set 15 years later. Don’t forget Rush Hour at the end of the month either! The list is growing, but a revival shouldn’t be the easy hand to play. There are enough writers out there. You mean to tell me that not one idea is more sound than a revival? Yes, some revivals like Fuller House and The X-Files may buck the trend, but most others lack the heart we’ll always remember. I mean, what’s next? A revival of Family Matters, where we stumble upon an adult Urkel teaching the Winslow grandchildren his zany antics and wooing Laura, now a beat cop like her deceased daddy?

Better yet – I take that back. That’s one I don’t think even I would want to see. How about Young Justice or Firefly instead? C’mon network monkeys,
give us geeks something to be happy about!