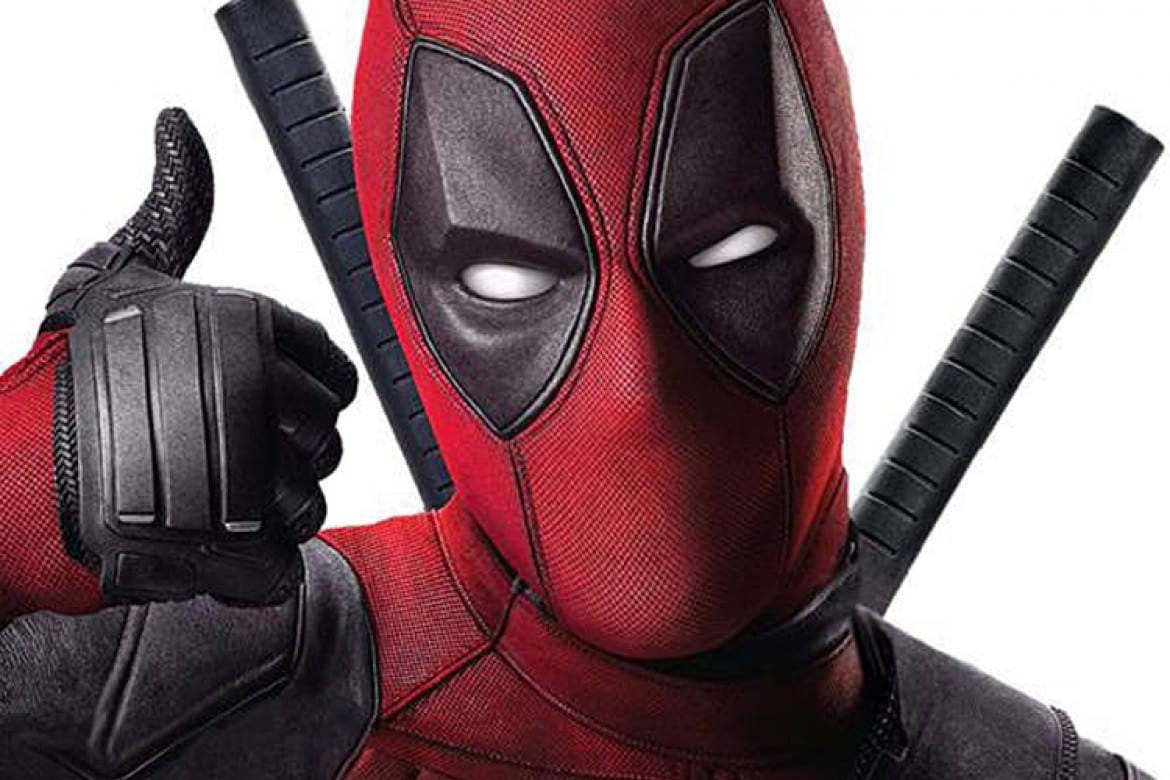 Finally, I had the chance to see Deadpool. After waiting two whole years for it, it was finally time to pay for my ticket and see the actual movie they have been promoting so much lately.

Let me tell you, this movie is everything you expected it to be, and then just a little bit more on top of it to make it so much more awesome. I really was scared. I knew it was going to be a good movie. But something was holding me back; I knew there was going to be a lot of cursing and a lot of jokes you had to think twice about. It was perfectly evened out in the movie and it wasn’t too much.

Comic wise: I think they did a great job to translate Deadpool from the comics. They really brought him to life like they should have! The cursing was on point, the character itself was amazing, it wasn’t too serious and I ended up having stomach pains of laughter (be warned).

Maybe not the best thing to look forward, but I really was looking forward to the jokes about Enchiladas and Chimichangas. And there was one! It made the movie complete for me.

WARNING: if you don’t want to read any spoilers, I would stop reading right away. I’m going to discuss some of the characters and some specific scenes that you really should see for yourself.

The movie goes back and forth for a moment that really tells a story (with Deadpool himself telling you right through the camera) until you get to a point in the movie it goes further without Deadpool telling you how he became the hero he didn’t want to be.

Ryan Reynolds is Deadpool. He is perfect for this role and it really showed a piece of his humor in the movie. The script was so well written and I do think there was a lot of improvisation with him. Deadpool knows when he needs to be serious, and he really does get to the point he’ll be very serious… until he acts irrational and rather cuts his own arm off, than to be stopped in his vengeful mission.

Deadpool also has an anger issue with is truly funny because you see him freak out and get locked and loaded for his mission to get his girl back out of the hands of Francis (Ed Skrein).

What I understood too was that Deadpool truly loves unicorns and everything related with Hello Kitty (as he has a gun bag that’s pink and black with ‘Hello Kitty’ written across it).

Now I do understand the ‘Deadpool Vs. Wolverine’ question as he makes so many jokes on this superhero in the movie. And it’s not just Wolverine he bashes in the movie; it’s also Batman & Robin and the Green Lantern (which we knew they were going to do) and even Spider-man! As one of his last lines in the movie was something along the line: ‘your friendly neighborhood Deadpool’.

Colossus, which is portrayed by Stefan Kapicic’s voice, couldn’t be more perfect for this character. You just hear that he isn’t bullshitting around. He tries to keep Deadpool down and he ends up helping him in the end, fighting against Angel Dust with Negasonic Teenage Warhead (portrayed by Brianna Hildebrand). You could feel the magic between him and Angel Dust. When they fought and Angel Dust (Gina Carano) her shirt got a bit too low (flashing her boobs) he started mumbling ‘you’re very beautiful’. Where Angel Dust answered with ‘that’s so sweet, thank you!’ and started fighting again.

And this makes me wonder. After that fight I saw Colossus walk away with Negasonic Teenage Warhead. He had Angel Dust over his shoulder. Which make me think that she’ll maybe be a new addition to Xavier’s School and the X-men. We will know soon enough!

Which really brings me to the next point, Negasonic Teenage Warhead, is probably the favorite character in this movie (well, except for Deadpool himself). Her powers are on point, her suite is amazing and she’s the typical teenager that doesn’t want to be there but ends up helping anyway.

Ed Skrein, who plays Ajax a.k.a. Francis, is your typical villain. I am a bit disappointed with how the fight ended. Okay, it’s a great villain, because when he talked hatefully, I really wanted to scratch his eyes out. But if I look in general, I’m very disappointed in it. I also didn’t like that he went to the bar and ask Weasel (T.J. Miller) where Wade Wilson is. They ended up seeing a picture of Wade and Vanessa (Morena Baccarin) and he automatically goes after Vanessa. It’s a bit of a cliché but it’s not that bad for this movie. It evens out the colorful words and shows that Wade Wilson has feelings and can be a hero (which he said on, that if you have the right woman, you’ll become the hero you need to be).

We cannot forget about Stan Lee and his famous cameos he does for the Marvel movies. This one was pretty close to the Iron Man I cameo, but he showed up again on moments you did not expect him to be. In a strip club, and he said something over the microphone, making him either the DJ of the evening or the pimp. I don’t think much were able to see it was him, but I recognized him straight away!

I don’t really have anything bad to say about this movie. Or maybe just one thing, I didn’t like how short it was. There could be another hour and you wouldn’t even know there would be. It was so much fun to watch that the 107 minutes just flew by. I know what I will be doing this coming weekend. I’ll be going to the theatre, to watch it again.