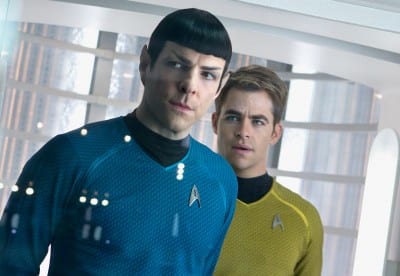 Back in November, CBS Announced that they will be reviving the Star Trek Franchise for their digital video on demand platform, CBS All Access.

We now know of who will be captaining this iconic ship.
Announced today on Star Trek’s official website, Bryan Fuller (Hannibal, Wonderfalls, Pushing Daises) has just been signed on to be the series’ showrunner.

No stranger to the Enterprise, Fuller started his television writing career on both Star Trek: Deep Space Nine and Star Trek: Voyager.

“My very first experience of Star Trek is my oldest brother turning off all the lights in the house and flying his model of a D7 Class Klingon Battle Cruiser through the darkened halls,” said Fuller, who will be co-creator and executive producer on the project. “Before seeing a frame of the television series, the Star Trek universe lit my imagination on fire. It is without exaggeration a dream come true to be crafting a brand-new iteration of Star Trek with fellow franchise alum Alex Kurtzman and boldly going where no Star Trek series has gone before.”

The series is set to premiere in early 2017.

LOOKS LIKE THIS GUY’S GOING TO BOLDLY GO
WITH THE NEW #STARTREK pic.twitter.com/TuOFrBrGpH