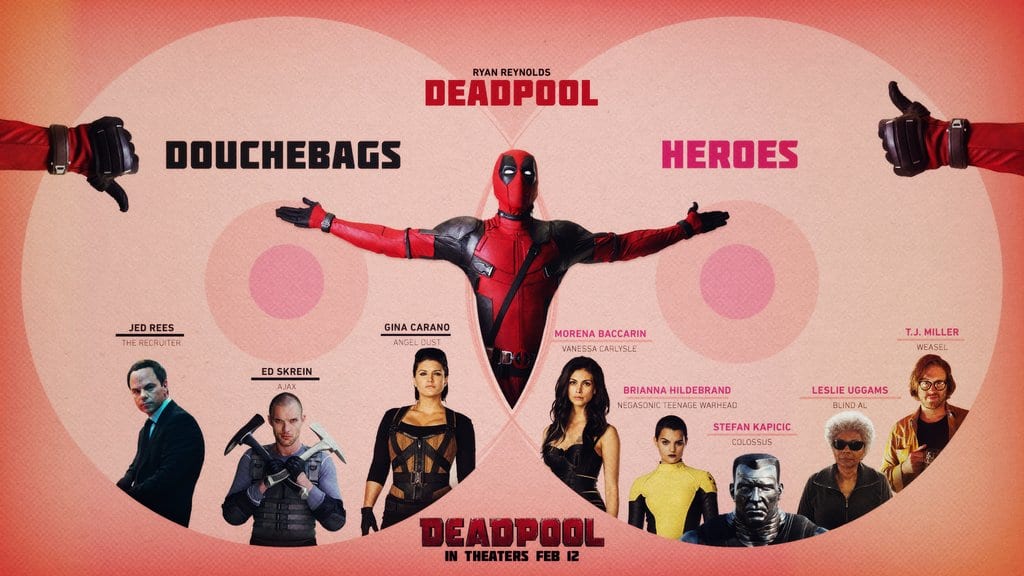 The official Deadpool Twitter has released an awesome new campaign. If you are one to appreciate hidden jokes, and dry humor (in proper Deadpool fashion), you will love this.

#Deadpool’s Graphic Info Infographic is fun for both hemispheres. pic.twitter.com/BSlFiFXJiC

Not only does the poster resemble part of the female anatomy, but the ‘obnoxious’ behavior of the main hero himself is very silly. The poster has a simple diagram that divides the heroes and the villains (also called ‘douchebags’). The star of the movie is right in the middle of course!