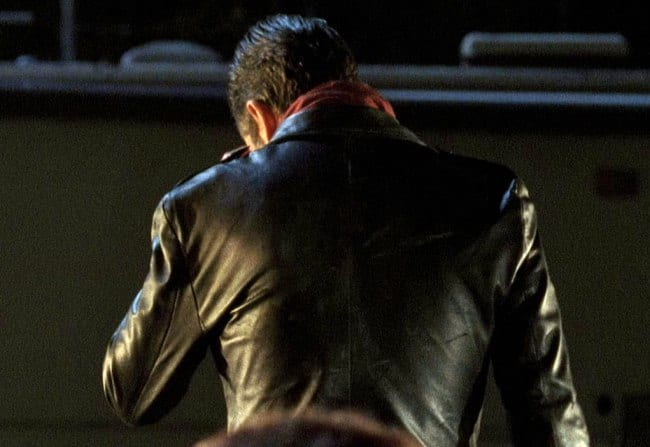 Negan is the leader of a rival survivalist group known as the Saviors and they seem pretty much unstoppable. With Lucille in hand, Negan makes the Governor look like a teddy bear. He will not hesitate to kill if he doesn’t get his way. He is responsible for many human and even some major characters’ deaths.

Jeffrey Dean Morgan has already proved himself capable of playing a Negan-like villainous character with his performance in 2009’s Watchmen as Edward Blake, the Comedian. Blake was vulgar, cynical, and dangerous… sound familiar?

We are still a little ways off from meeting Negan in the show, but if it’s anything like the comics, he’ll come in with a bang. He is expected to appear towards the end of season six.