Enrique Iglesias and Anna Kournikova are considered to be one of the most secretive couples in show business. They almost never show up for public events or give interviews. They also don’t publish family photos on social media.

However, in the past few years, their relationship has changed a bit. Even though they are very secretive, they have been happily living together for 21 years and raising 3 children. They are an exemplary couple for other celebrities and ordinary people.

Anna was already a famous tennis player by the time she met Enrique Iglesias. She had not won any singles titles, but by 2000 she had reached number 8 in the world.

Enrique was a popular singer in both Spain and other countries. His song “Bailamos” was released as a single and became number one in the US. 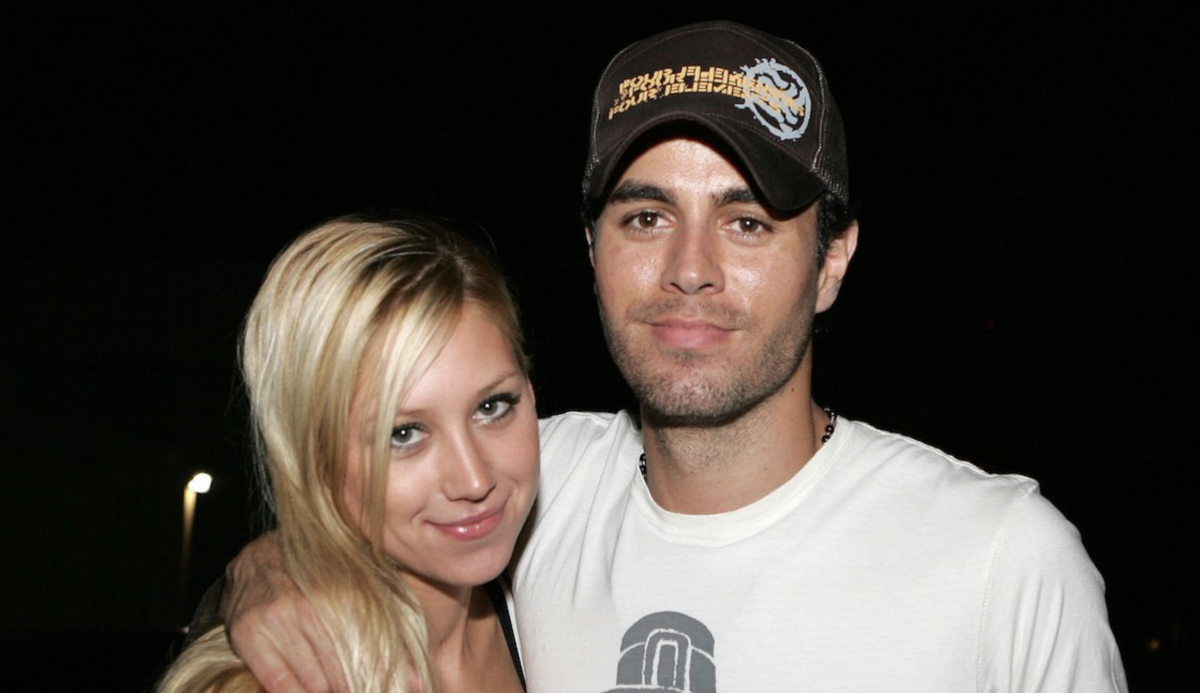 Enrique Iglesias released his second album in English in 2001. The director of the first single’s music video, Dave Meyers, invited tennis star Anna Kournikova to appear in it. Enrique said later that she is “independent, beautiful, funny.”

In the video, there are a few scenes where Enrique and Anna are kissing. Iglesias said in the behind-the-scenes video that he didn’t need to be a good actor to kiss Anna and look plausible.

After the video was released, the press immediately decided that they were dating. Reporters constantly tried to catch them together, but they never confirmed it and never appeared together in public.

In 2002, Enrique and Anna confirmed that they were in a relationship, when they attended the MTV Awards together, they smiled and held each other’s hands. They posed on the red carpet as a couple for the first time.

A little while after that, they started living together in Miami. Enrique already had some real estate there. They were trying hard to keep their relationship out of the public eye. But we don’t know if they got married or not.

For many years, there were many rumors around Enrique and Anna’s break-up, but those were never confirmed. In 2011, the singer said that he wants his personal life to be as private as possible, “And especially when you’re with someone who’s also famous and in the spotlight.”

When you have been with someone for such a long time, I don’t think a wedding is going to make a difference,” said the singer during an interview for CBS’ Sunday Morning show back in 2011. “It won’t make us happier.”

Kournikova also said that they had their ordinary-couple issues just like anybody else. Asked if Iglesias left his wet towels lying around, she replied that he did but she was fine with it, she said, “Yeah, and you find underwear, you know, everywhere and dirty socks and everything.”

In December 2017, Enrique and Anna welcomed twins Nicholas and Lucy into the world. Anna’s pregnancy was kept a secret from fans, but Enrique announced it during a concert in Budapest.This news took fans by surprise. “I became a father 12 weeks ago,” he told the crowd. “And I can absolutely tell you two things, without the slightest doubt, I love my babies. Actually, three things, I love my girl, and I love you guys for being here tonight.”

After the twins were born, the famous parents started posting pictures of their family on social media. It was a surprise to their fans because they usually keep their private life very hidden.

And in January 2020, Anna had a 3rd child, daughter Mary. At around the same time, she added “Iglesias” to her Instagram profile name, starting rumors that they finally got married.

By the way, when journalists asked if Enrique changed diapers for his baby, the father of 3 said, “I actually do. I’m pretty hands on.”

He also said that he wants his children to have a career like their mother, not like him, “I can honestly tell you, if I had to pick one, definitely sports. I love sports. I love golf, I love tennis, and I would not mind seeing one of my little girls play tennis.”

This is what the singer tells about how their kids react to their father’s songs, “Whenever they hear one of my songs they can actually recognize my voice, which is pretty cool. But when they watch ‘Escape’, I think it does throw them off a little bit. ‘What is Mom doing there?’ you know, ‘with Dad’ you know? ‘When was this?’ It’s actually incredible to watch the expression on their faces. It’s pretty cool.”

Anna retired from professional tennis in 2003 because of her back and spinal problems, including a herniated disk. But she still played in occasional exhibitions and doubles matches. Now, 41-year-old Anna is an American television personality.

The singer who is 47 years old now still releases new singles and performs at concerts. He is still a popular musician. He was given the honorary title of King of Latin Pop.

He says that the secret of a happy family relationship is about spending as much time together, “I’m fortunate enough at this time of my career that I can pick my schedule,” Enrique told the British press, “and make sure that I’m not away from the house more than two weeks in a row.”

What is your attitude to this famous and secretive couple? What is your secret of family happiness?