On February 20, 1997 Friends aired it’s 64th episode titled  “The One the Morning After” and with one line, a TV pop culture staple was born.

First, a quick refresh on how this one-liner came to be. And what’s a trip down memory lane without Ross and Rachel’s song. Hit play and read on!

Ross was becoming more and more jealous over Rachel’s boss Mark, which resulted in a huge fight on their anniversary. Sick and tired of fighting, Rachel suggested they take a break. 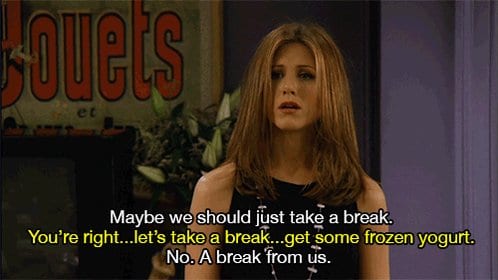 That night after Ross leaves, Mark comes over to console Rachel and then won’t keep his damn mouth shut when Ross calls.

Yes, he helped Rachel get a job, but he was the worst!

Assuming that his suspicions about Mark were right all along, Ross ends up sleeping with Chloe, the girl from the Xerox place. 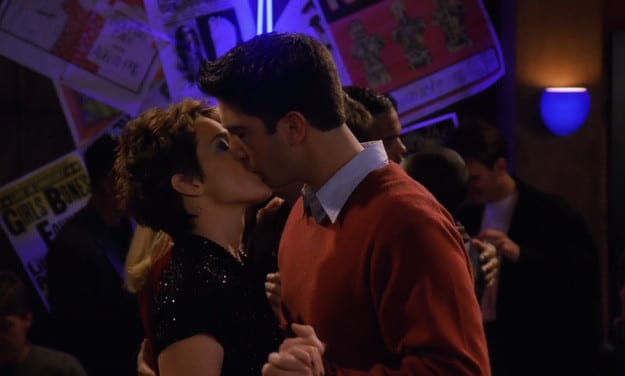 Ross spends the entire next day making sure that Rachel doesn’t find out about his night with Chloe, which of course she does. 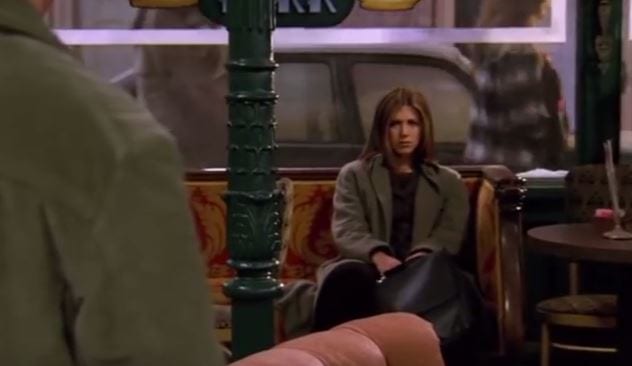 After a night of arguing, they ultimately end up breaking up for good despite all of Ross’ efforts. 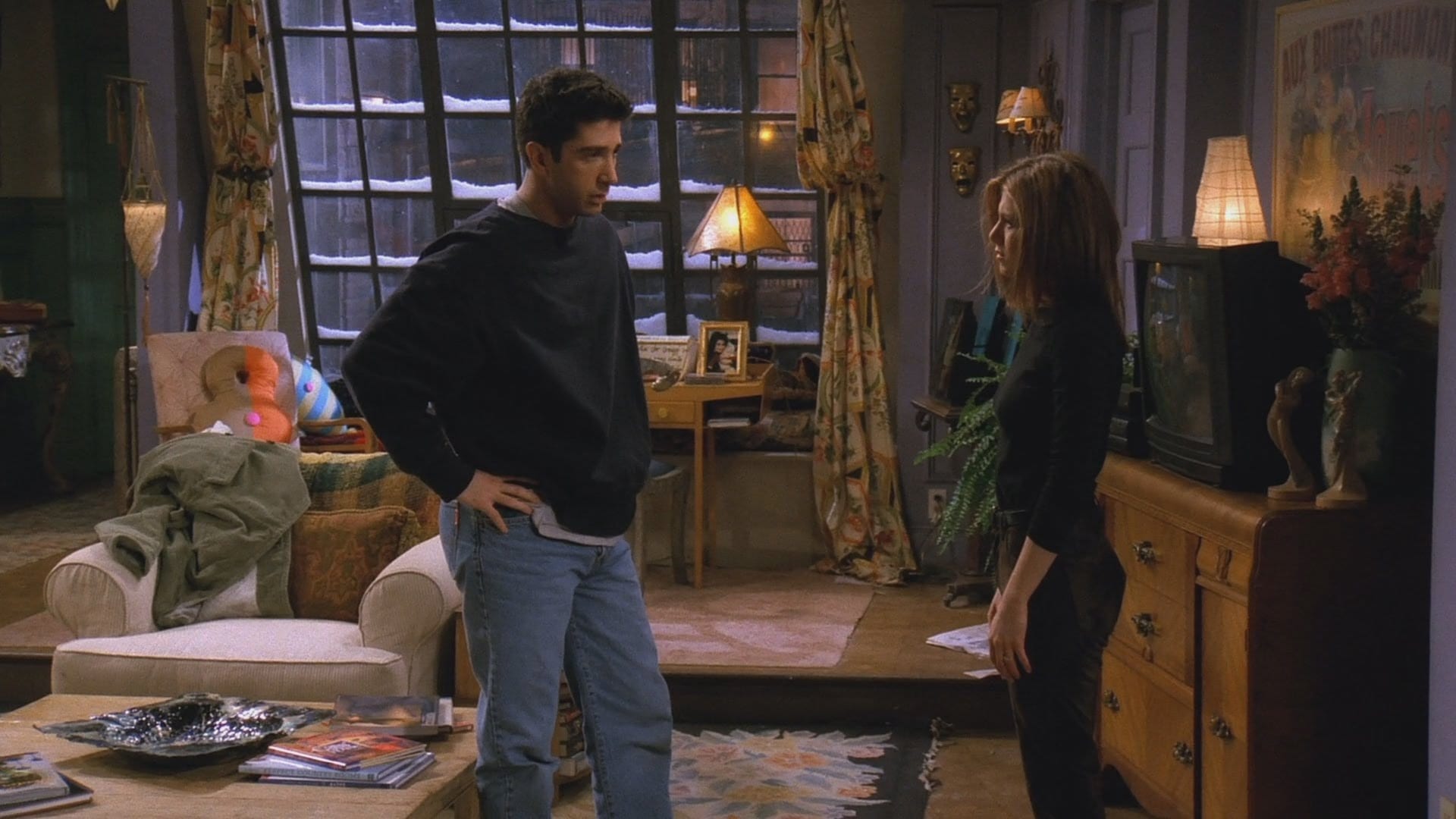 It’s also the night that “we were on a break” was mentioned for the first time. Funny enough, despite it being Ross’ line throughout the series, Rachel is actually the first one to say it.

For the next seven seasons, “we were on a break” became one the the series’ most used running gags. Ross remained firm on his belief that he and Rachel were on a break and, therefore, he was free to do whatever he wanted and it not be considered cheating. Rachel had the viewpoint that “going on a break” was not an “official break up” meaning that Ross cheated on her.

While you can’t beat Ross shouting “we were on a break” to anyone within a foot of him, there were some other times throughout the series that it was brought up too. So, let’s take a look back at the infamous line’s history.

A Ranking of Every Time “We Were on a Break” was mentioned on Friends:

This comes in at last place because the alternate universe episodes weren’t great.  Also, Rachel is talking about her and Barry, therefore making this mention somewhat “moo”.

Six seasons later, is anyone really over the “we were on a break” thing? In fact, I think Phoebe is the one that’s still not over it. 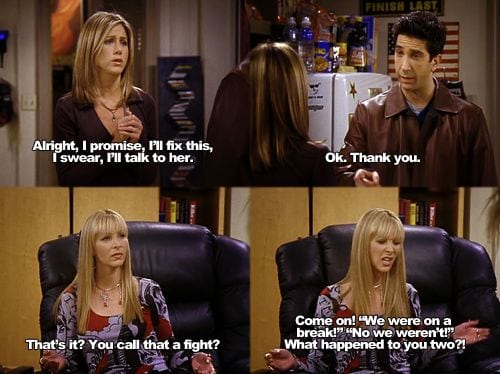 Look at her! She just can’t get enough. This is kind of a forgotten mention, but the fact that Phoebe was just sitting there waiting for them to go at it is pretty great. We’ve all been there.

This was in the episode after they officially broke up and was the second time Ross had said it making this the official moment that made “we were on a break” became a thing. It’s ranked lower because Rachel made things made me feel awkward by calling Ross out like that in front of everyone. 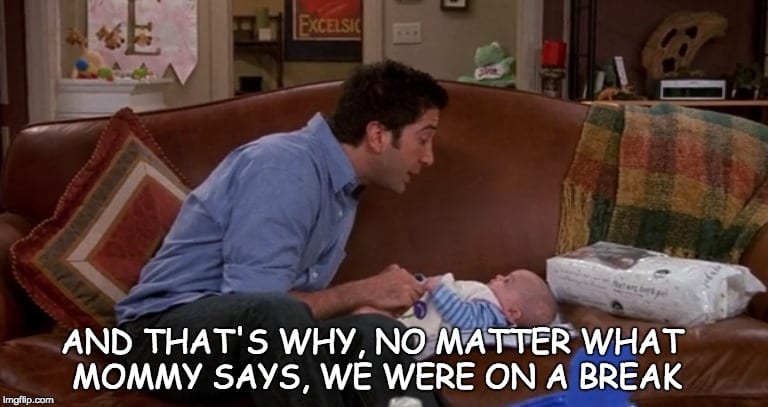 Just wait until he teaches you about Unagi vs. Salmon Skin Roll.

This one cracked into the top ten solely because of Joey and Chandler’s faces. And honestly, Rachel kind of lobbed this one up for him. I mean, a missed opportunity is a lost opportunity for Ross Gellar when it comes to this.

It’s actually pretty dark when you think about the fact that Ross sat down his seven-year-old kid to tell him this story, but not all that surprising considering Ross was literally the worst father.

Pretty sure Ben has written a best-selling tell-all with the shit he’s seen and heard.

I mean, is Dr. House ever wrong? 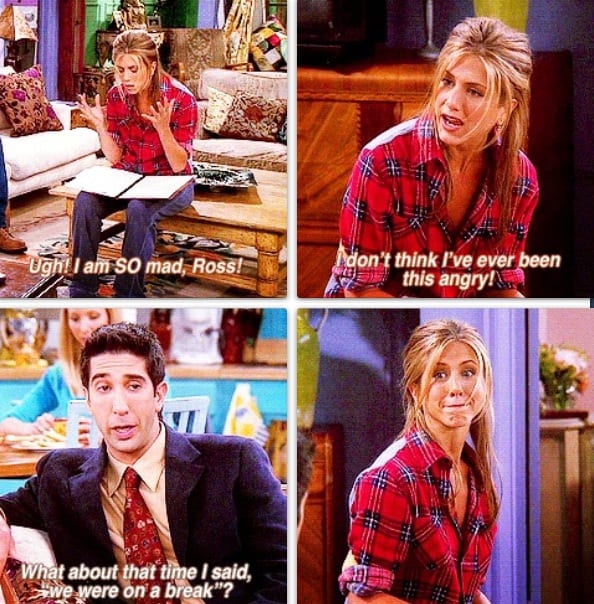 Ross and Rachel had gotten drunkenly married in Vegas. Not wanting to have three divorces under his belt,? Ross tells Rachel that he got an annulment and everything is taken care of. So, when she finds out he lied she is pissed as hell. Ross tries to gauge whether she is more mad at him over this or the ”we were on a break” thing. She leaves the room.

This was the first time that Ross ever says “we were on a break,” which solidifies it’s place in the top five. It’s also got a little bit of a pre-rage Ross delivery, which is the best kind.

Everything revolving around Rachel’s 15 page letter (front & back) is pure gold, including Ross’ Central Perk meltdown. 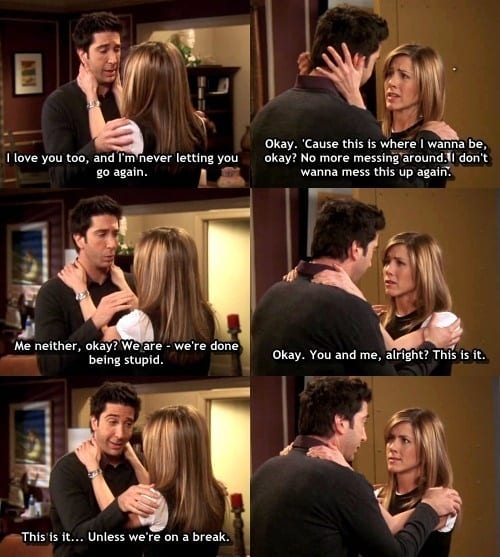 The fact that the writer’s snuck it in one last time was literally perfect.

Honestly, this is number one because everything from the setting to the execution is just perfect here.

Home » Fandom » 20 Years Ago “We Were on a Break” Became a Thing, So Let’s Rank Every Time It was Mentioned on ‘Friends’