Six years ago The Office aired its final episode, which featured one of the series’ most heartwarming moments when this happened:

That’s right, Michael returned! Let’s be honest though, if Steve Carell hadn’t come back to The Office in its series finale I think we all would have been super bummed. But, leave it to Michael Scott to not only make a triumphant return but to also stand by his best friend on his wedding day with a “that’s what she said” roaring to go. So, in honor of the anniversary of The Office’s series finale, we’ve gathered 15 other moments from the show’s nine seasons that completely warmed our hearts as well.

When Michael told Jim to go after Pam 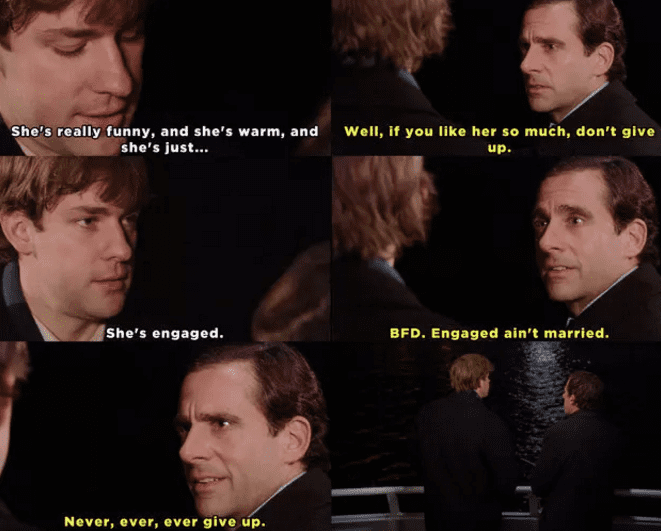 Michael gave a lot of terrible advice, but in this candid moment with Jim, he just told it to him straight and gave Jim the push he needed to not give up on love.

Pam does the coal walk

Always the quiet one that people tended to overlook, one of Pam’s finest moments came after she did the coal walk and just spoke her truth. She decided it was time to step up and from that moment on, her character became surer of herself than ever.

This is probably one of the best quotes from the entire series and hits you in the gut every time because it’s so real. 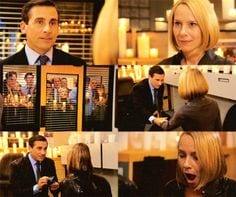 It’s hard to find something better than the moment when Michael Scott got everything that he ever wanted and the happiness that he deserved.

Jim and Pam find out about their baby

Jim’s face in this entire scene…swoon.

Pam and Jim went through a lot over the course of the series and when things got tough for them in the final season for them, Jim decided to take us all on a heartwarming and nostalgic journey when he compiled a video of some of their couple’s sweetest moments from throughout the show.

Dwight’s tender moment with Pam followed by asking if she is PMSing is probably oddly sweet and totally on brand for Dwight. These two always had such an intriguing dynamic and this moment is definitely a standout for the pair.

At the end of the day, Michael cared so deeply for the people that he worked with and when he showed up to Pam’s art show and tells her how proud he is of her, it just completely melts your heart. Plus, he bought the iconic painting that hangs up in their office for the entire series!

When the cast sings Rent to Michael

Try not to cry.

These two were always going to have a perfect wedding, but when they snuck off to get married just the two of them before the ceremony, it was even more perfect.

Jim is a good friend to Dwight

Jim and Dwight were always at odds but at the end of the day, they always had a soft spot for each other and despite the pranks being some of their best scenes, this tender moment is a stand out for the long-time colleagues.

Kevin gets the parking spaces 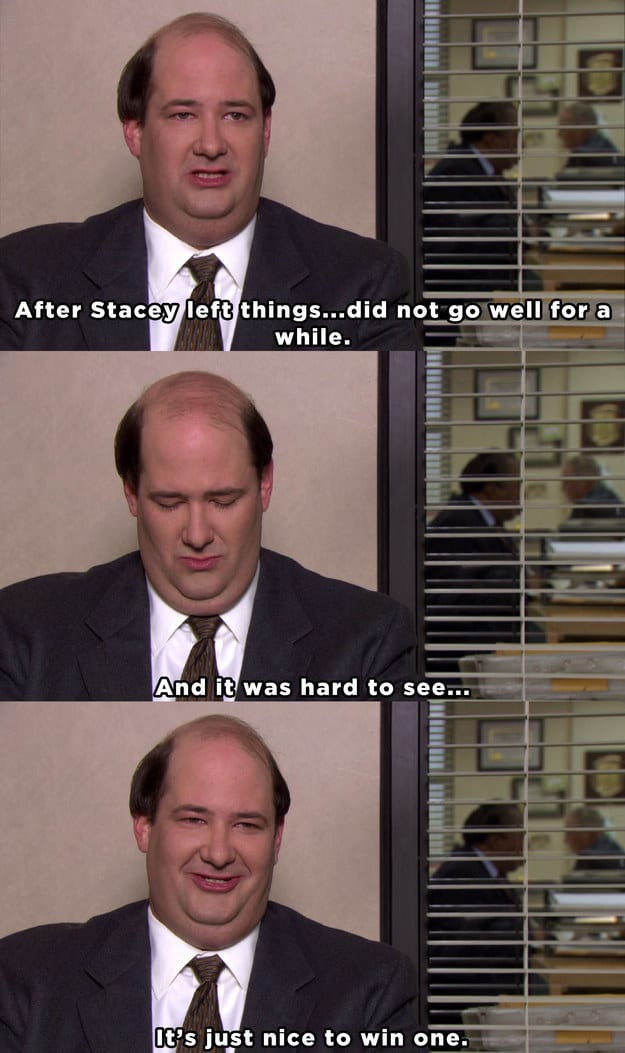 It may not be the most obvious scene, but Kevin deserved this win after he was going through a hard time. He took charge and was so proud when he came out on top! 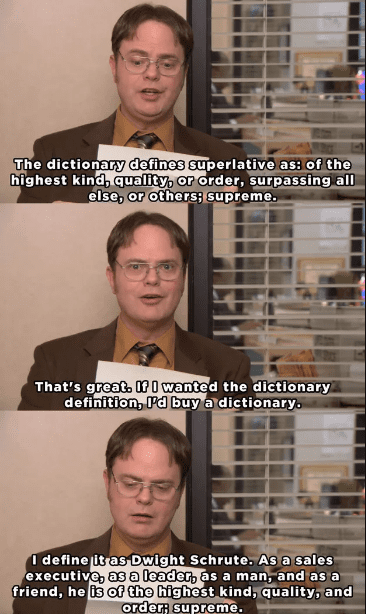 These two always had an unconventional friendship, but the mutual respect they ultimately shared for one another was truly special. All Dwight wanted was validation and acceptance from Michael and it was so sweet to see his reaction when he finally got it.

When Pam and Jim got the timing right 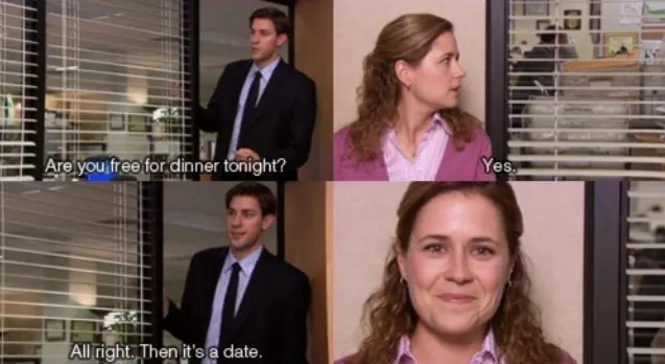 Just look at her face. This was the scene that really changed the course of the entire show.

What moment from The Office always warms your heart? The series is currently streaming on Netflix!