It’s no secret (and definitely not a spoiler) to say that, at the end of the Netflix drama 13 Reasons Why, the main character, Hannah Baker, dies.  For those who have yet to see the Netflix adaptation of the bestselling novel, here’s a bit of spoiler-free background.

When the story begins the high schooler has already taken her own life and has left behind a set of cassette tapes telling 13 different stories about the people she holds responsible for her actions.  The tapes come with a specific set of instructions and are to be passed, from person to person named on the tapes, until the cycle is complete and the reasons for her killing herself and heard by everyone involved.

It’s a pretty tragic story which really grabs viewers and pulls them into Hannah Baker’s world.  It turns into an obsession of needing to find out what could have possibly driven her to commit such a horrible act to herself!

Now, what if we told you, the story didn’t originally go that way.  Author Jay Asher revealed in the book’s 10th anniversary addition that, originally, Hannah survived the attempted suicide.  In the original version, Hannah attempted to kill herself by swallowing pills but, her parents were able to get to her in time.  She was brought to the hospital where they pumped her stomach and she survived.  Mind….. blown….. Am I right?  While the stories on the tapes might have remained the same, the impact of the story would have been completely different with this detail changed.

Asher realized that wasn’t exactly the story he wanted to tell.  He said:

“I liked the idea of ‘We’ve learned something from this. And yet, here’s a second chance knowing as well that it was going to be difficult when Hannah went back to school to have to deal with those kids. It’s not like everything’s smooth now. In fact, it might be even tenser for her. But now there’s Clay, who’s going to be upfront that he’s there for her.

Out of seriousness for the issue, we realized we can’t go there.  No matter that there were missed opportunities for her. Those opportunities aren’t there if you do this. Once I realized that the message of the story would be stronger and that it would definitely be more of a cautionary tale. I felt that was definitely the way to go. That’s why Skye’s character made a reappearance, which was cool to see her have a bigger role throughout the TV series.”

The film adaptation of 13 Reasons Why is currently streaming on Netflix.  We definitely recommend you check this one out but, be warned, it’s an intense story to see play out! 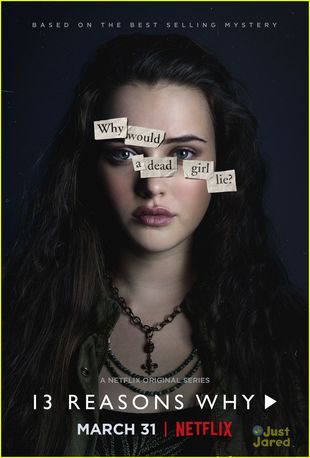