1. When Kit said this to Elle Magazine about meeting Emilia for the first time.

2. And Emilia shared this cute BTS shot of them 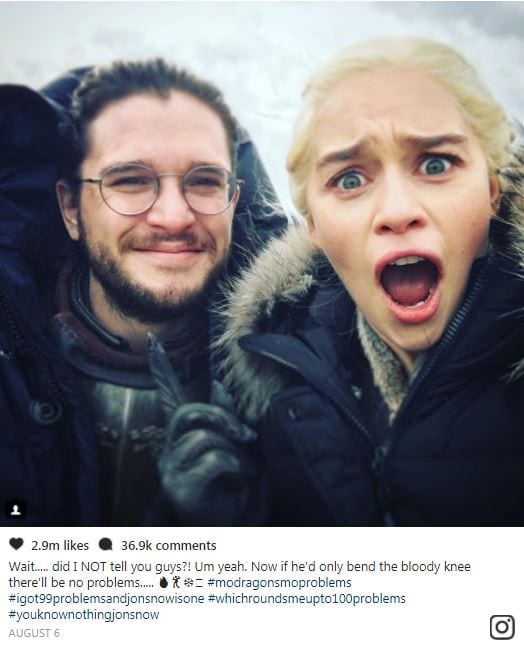 3. When she uploaded this video of Kit and made everyone’s day.

And you just knew by watching it that they are totally having so much fun together this season on set and you want to be there too.

4. When she praised Game of Thrones and her castmates with this silly picture of Kit after “Battle of the Bastards” aired. 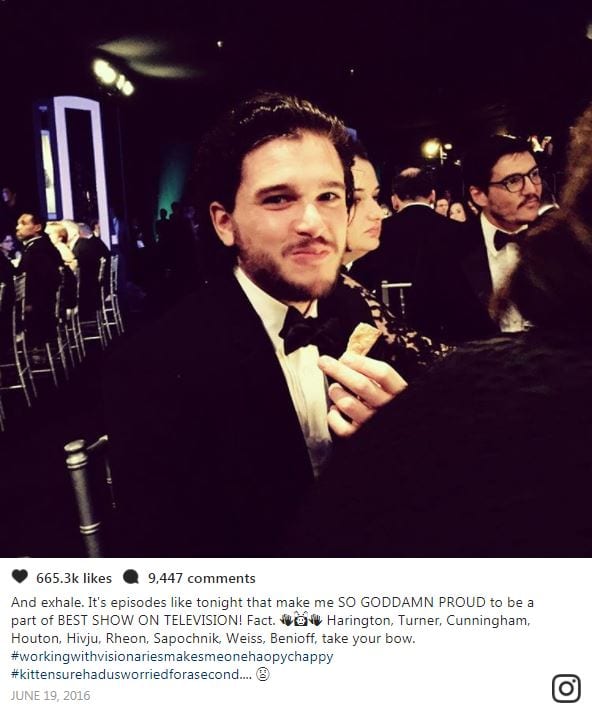 5. When they finished each other’s sentences.

6. And he called her out when she was trying to pretend that she knew Teenage Mutant Ninja Turtles like any good friend would.

7. When she married Jon Snow during a game of Marry Shag Kill

8. And then he picked her back!

9. When they attended The Chemical Brothers concert and she shared this picture of him even though he looks like he just saw a ghost. 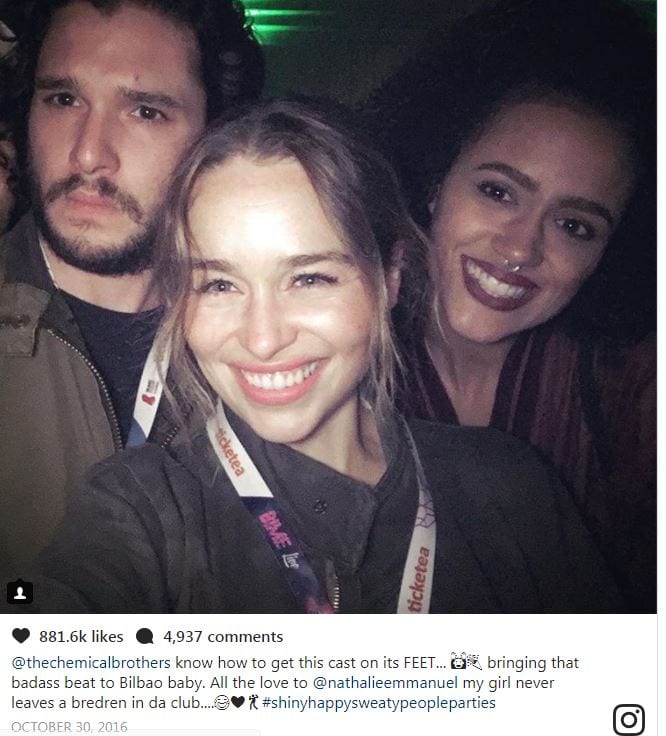 Although, maybe he did see Ghost? He could very well be “in da club” because he sure as hell ain’t on Game of Thrones.

10. When she was just as excited as we were to have her buddy alive and well on the show. 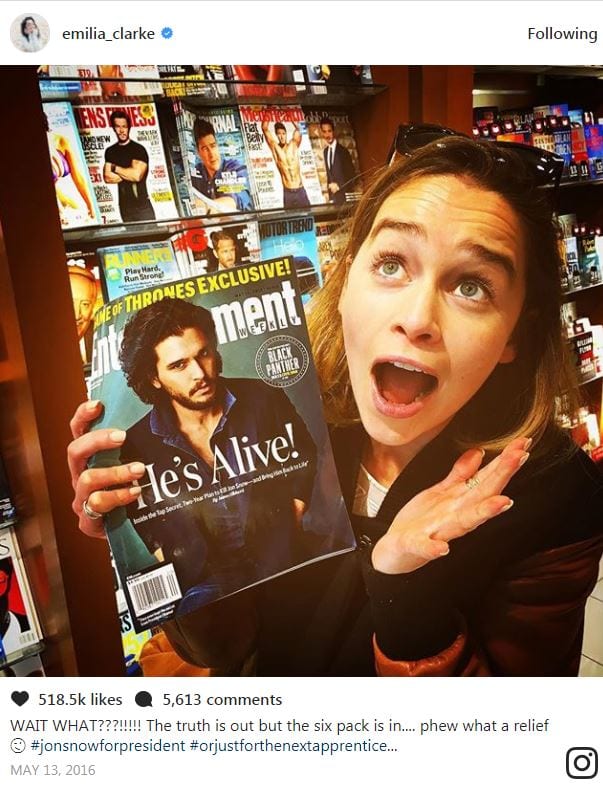 11. And was the best third wheel with him and Rose Leslie. 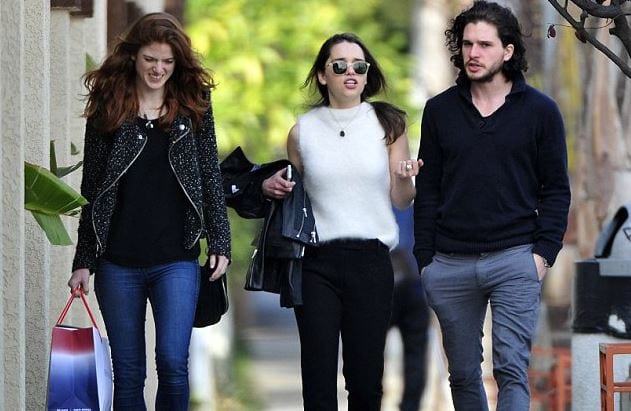 12. And lastly, when they both had the same reaction to their recent love scene, further cementing that these two are definite friend zone, but friend zone goals none the less.