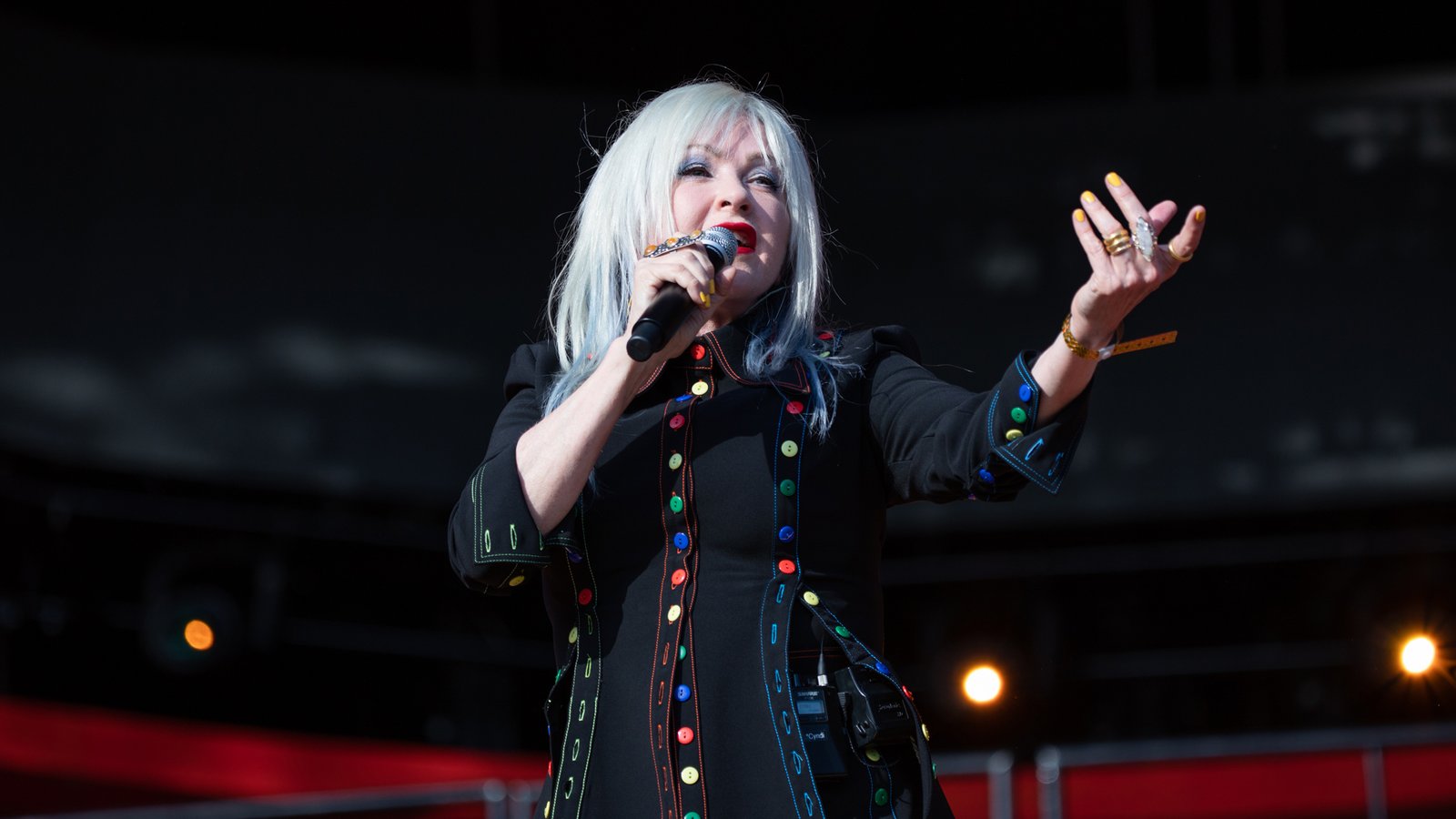 Musicians, activists, and others have banded together since 2012 to support women and girls at festivals all over the world. These concerts work towards creating a more sustainable world for everyone by working to end extreme poverty.

A variety of celebrities have fought against sexism and discrimination by spearheading their own initiatives or calling on Global Citizens to take action. From big names in the music industry to political activists, these advocates have worked tirelessly to ensure that women and girls are not left behind in the effort for sustainable development.

The Global Citizen Festival campaign of 2022, including two events in New York and Accra on Sept. 24, will focus on an ambitious agenda that prioritizes adolescent girls. We are asking global leaders to make commitments to support girls’ education, lighten the care burden exacerbated by COVID-19 pandemic fallout, and ensure access to comprehensive sexual and reproductive health care.

Join us in revisiting some of our past accomplishments on the issue as we gear up for this year’s Global Citizen Festival, where we’ll see how the world will show up to empower women and girls.

Here are 10 of our most cherished gender equality moments.

At the Global Citizen Festival 2015, Beyoncé introduced then-US First Lady Michelle Obama. The two shared an embrace before Obama spoke about the importance of supporting girls’ education and announced the launch of the #62MillionGirls campaign.

The campaign’s goal was to bring exposure to the 62 million girls who cannot attend school yearly and persuade influential people to support females’ equivalent opportunity for education.

“They deserve the same chances to get an education as my daughters and your daughters and all of our children, and make no mistake about it, giving them that chance is at the core of our work to end global poverty. It’s the only way to ensure that these girls can fulfill their potential, provide for their families, and contribute fully to their countries.” Obama said. “These are our girls,”

Malala Yousafzai, winner of the Nobel Peace Prize, joined forces with four other education advocates from around the world to emphasize the importance of girls’ education at the 2015 Global Citizen Festival.

“Will you stand with those 66 million girls that are deprived of education right now?”

“Around the world, many women do not even own the right to own a home, to see a doctor without their husband or father’s permission. This discrimination has to end,” Smith said.

Hayek, who is also a co-founder for Chime of Change, spoke about the harsh truth behind so-called honor killings.

That’s correct, in some countries, women are murdered by their relatives for choosing to marry the person they love. “For refusing to enter into an arranged marriage or for having a relationship with a man not approved by their family and it is shocking that this day in age, the law often allows families to get away with such murders because the law has exceptions for these so-called honor killings or because legal procedures allow murderers to be pardoned.” she continued.

The actress introduced a Oscar-nominated short film about Qandeel Baloch, a Pakistani social media star killed in an honor killing. Hayek then brought on Sharmeen Obaid-Chinoy, the director of the film who asked everyone to get involved and help end violence against women.

Shireen Ibrahim, a Yezidi activist and ISIS survivor, spoke about her experience at the 2017 Global Citizen Festival. In 2014, the terrorist organization ISIS enslaved an estimated 3,000 Yazidi females as part of m*A**persecution and genocide.

“ISIS still holds many Yazidis in captivity. We cannot stop fighting for their freedom and justice,” Ibrahim said. “I ask for you, Global Citizens, to not only hear my story, but to call on the UN and world leaders to end impunity for ISIS crimes.” 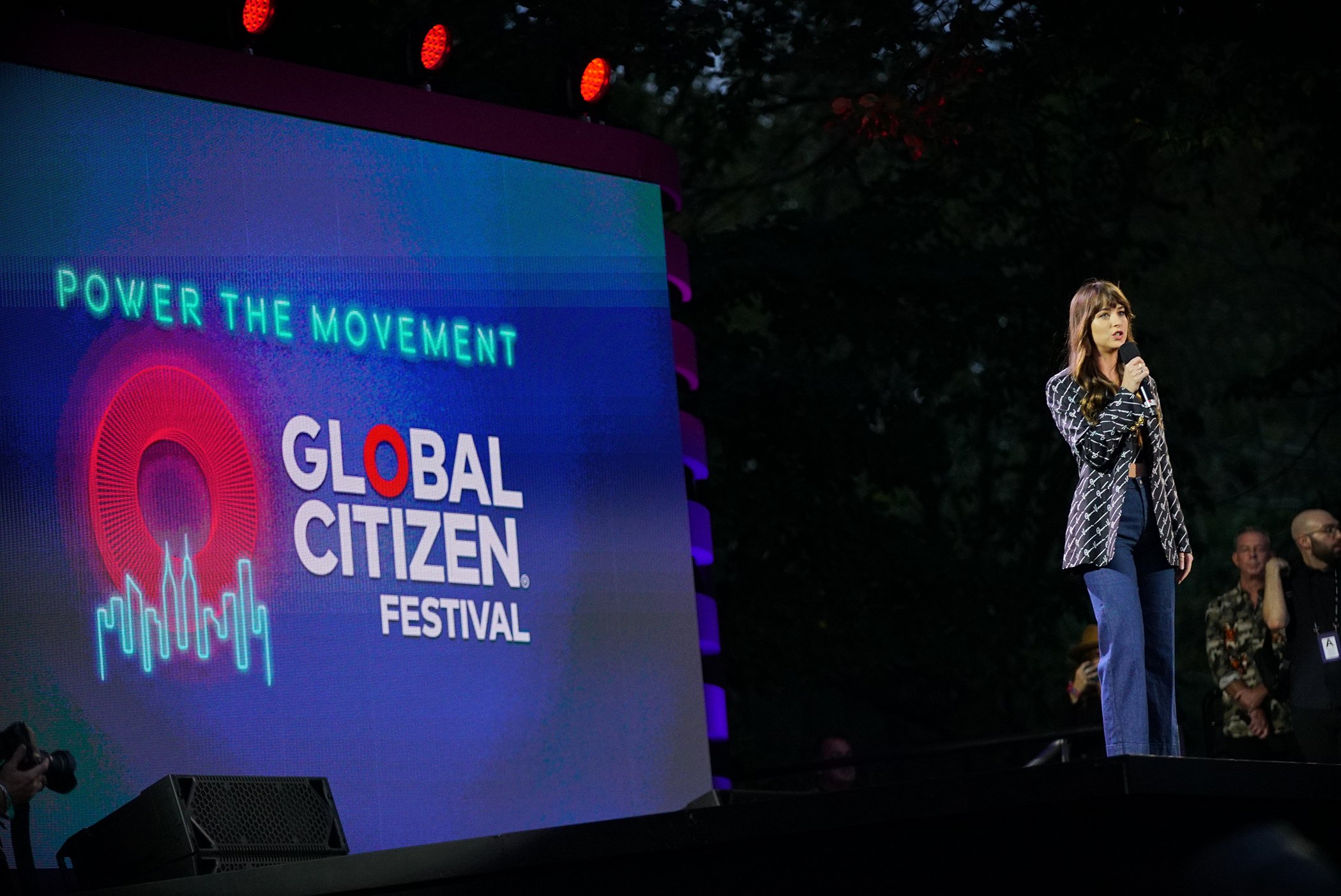 With the #MeToo movement in full swing, at the 2018 Global Citizen Festival, actress Dakota Johnson asked for women and girls around the world to call her and leave voicemails about their experiences with sexual violence or harassment. The following year, Johnson gave an update on what she had learned from these brave storytellers.

“These stories are from every age, and every gender, 95% being women,” she said. “The oldest called identified as 71, the youngest as 11. I listened to these stories. And I promised I would get them heard.”

The Left Ear is a podcast created by Johnson from audio messages with the intention of starting “create a safe and compassionate conversation around sexual violence, and to bring awareness to the fact that we live in a time where gender-based violence affects over 35% of women around the world.”


At Global Citizen Live in New York in 2021, Cyndi Lauper sang a ’80s hit dedicated to Afghanistan’s vulnerable females and girls. Originally written and performed by Robert Hazard from a male’s perspective in 1979, Lauper later adapted her own spin on “Girls Just Want to Have Fun” to convey that women want the same freedoms as men.

“When I first recorded this song in 1983, I sang it to remind all women and girls that we deserve a joyful life, and we deserve to have true equality,” Lauper explained. “It’s sad to think almost 40 years later, it’s still not true.”

Lauper dedicated the song to Afghan women and girls, who have seen their rights erode even further since the Taliban took over in August 2021.

“We see you and we will continue to do all we can to shine a light on what you’re going through. Don’t give up,” she said.

8. Meghan, The Duchess of Sussex


In a heart-wrenching video speech, VAX LIVE campaign co-chair Meghan, The Duchess of Sussex called for people to come together and have a gender-responsive COVID-19 recovery.

“My husband and I believe it’s critical that our recovery prioritizes the health, safety, and success of everyone, and particularly women who have been disproportionately affected by this pandemic,” she said.

“If we work together to bring vaccines to every country and continent, insist that vaccines are equitably distributed and fairly priced, and ensure that governments around the world are donating their additional vaccines to countries in need, then we can begin to fully rebuild — not only to restore us where we were before, but to go further, and rapidly advance the conditions, opportunities, and mobility for women everywhere.”

Rakaya Fetuga, a renowned poet, performed her poem “When a Uterus Is a Burning Flag” during Global Citizen Live in 2021.

In the beginning of her piece, Fetuga stated how revolutions are not always televised and sometimes go unnoticed. She then expressed how family planning can broaden a woman’s horizons and reduce maternal mortality rates before concluding with what is lost when women’s voices are silenced.


During the “Women of Influence: The Power of Gender in Shaping Culture” panel at the inaugural Global Citizen NOW summit in May 2022, Gloria Steinem- an activist, writer and feminist organizer – shared her insights on the status of women around the world. Along with other notable guests such as philanthropist Pharrell Williams and Grammy Award-winning composer and vocalist Arooj Aftab, Steinem weighed in on topics including abortion rights in America following Roe v Wade. When asked about her wishes for future generations of women, Steinem said “I want women and men and everybody to be able to do anything they fucking well please.”