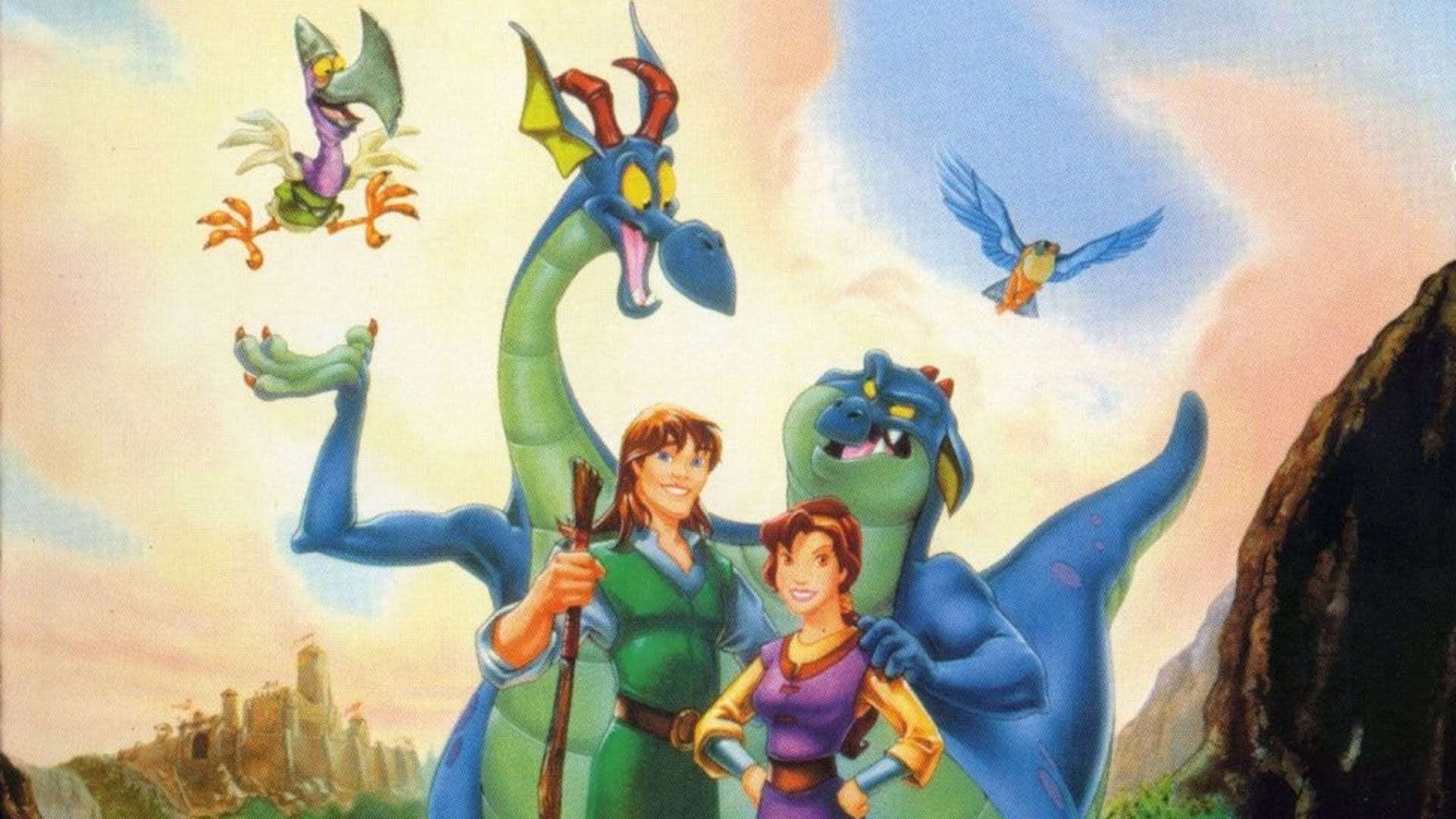 Why Watch It? Because Kayley is a badass female lead who wants to follow in her late father’s footsteps and become a knight. The story is really deep and includes medieval favorites such as Excalibur and King Arthur. She also meets a blind man named Garrett and a goofy pair of dragons along her way. The soundtrack features some wonderful songs including “On My Father’s Wings” and a beautiful rendition of “The Prayer.” 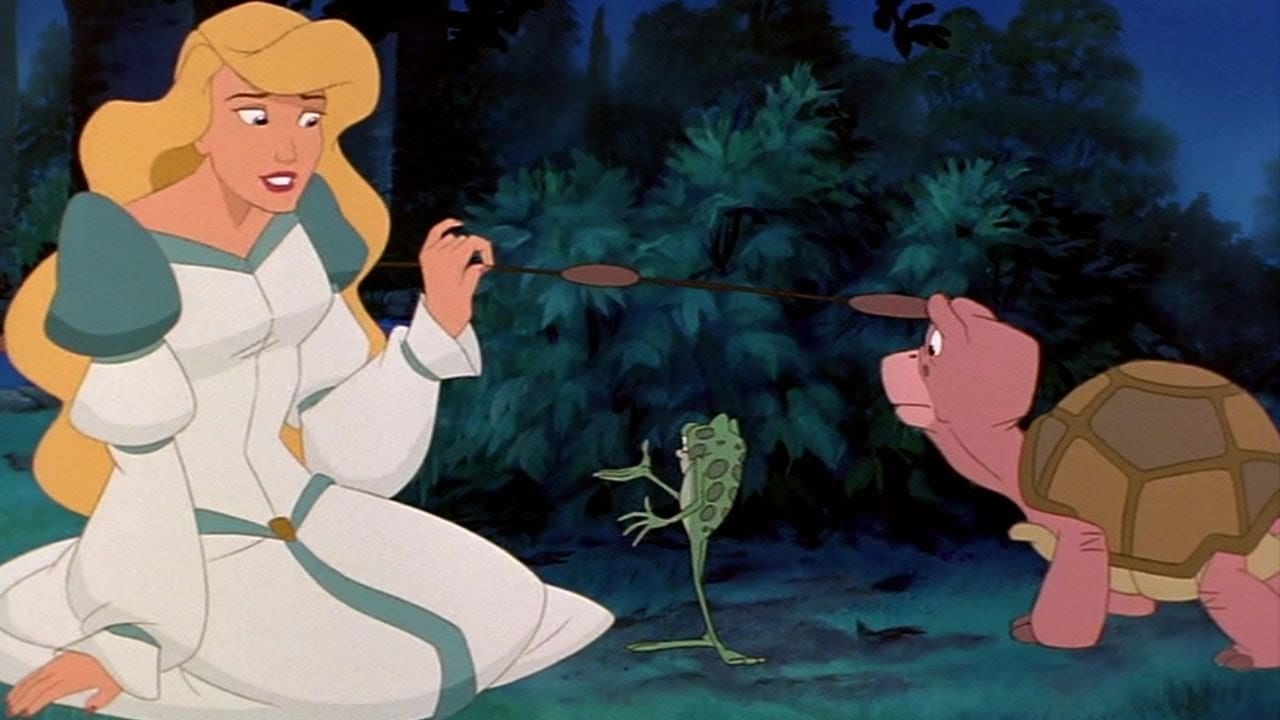 Why Watch It? The Swan Princess is a classic non-Disney animated movie. I’m pretty sure almost every parent purchased this VHS after their kids had played through all of the Disney Princess movies more times than they could handle. It tells the tale of Princess Odette who has an unfortunate curse put on her that makes her turn into a swan every day. The film has a lot of heart and the song “This Is My Idea” will give you A+ nostalgia almost immediately. 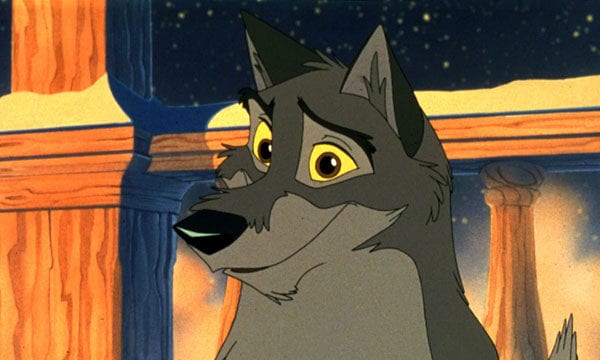 Why Watch It? Everything about Balto was moving. He was a half-wolf that was picked on for being different but learned that being different is what made him special – that’s a message for any age. Plus, he went on to save his small Alaskan town from the epidemic that was taking the lives of young children. So, take that, bullies! Not to mention it’s based off a true story, features Kevin Bacon, and who can forget that stunning Northern Lights scene? 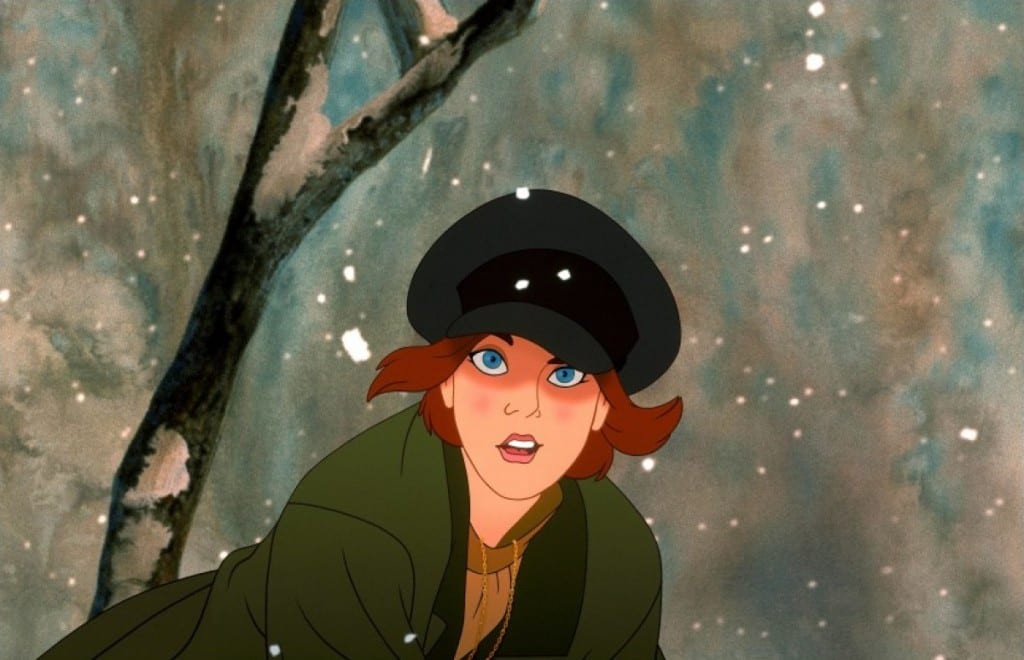 Why Watch It? Four words – “Once Upon a December.” Anastasia was so good that people often mistake it for being a Disney movie. Anya was a great role model for young girls as she searches for her true identity and purpose. The movie visually stunning, and I’m not just talking about the handsome Dimitri. It also had a wonderful vocal cast including Meg Ryan, John Cusack, Kelsey Grammar, Angela Lansbury, Bernadette Peters, and Hank Azaria.  It is now on it’s way to Broadway with brilliant reviews!

The Road to El Dorado 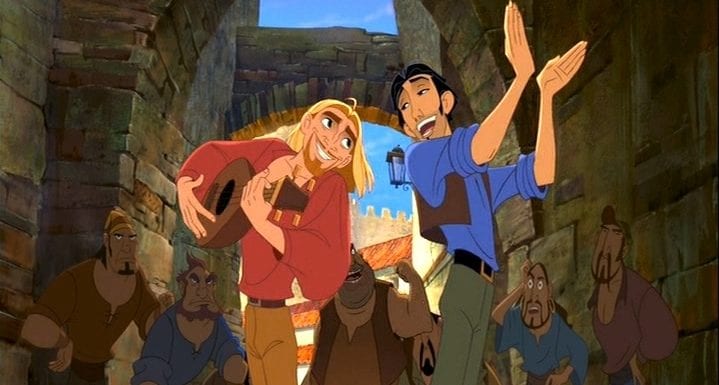 Why Watch It? A couple of con-artists embark on an adventure to find the fabled city of gold, El Dorado and along the way learn a lot about friendship, character, and themselves. The movie is packed with adult humor and the quirky duo that is Tulio and Miguel have sparked fans to want a live action remake for many years – specifically including Neil Patrick Harris and Robert Downey Jr. Do yourself a favor and give this movie a rewatch, you won’t regret it.

The Land Before Time 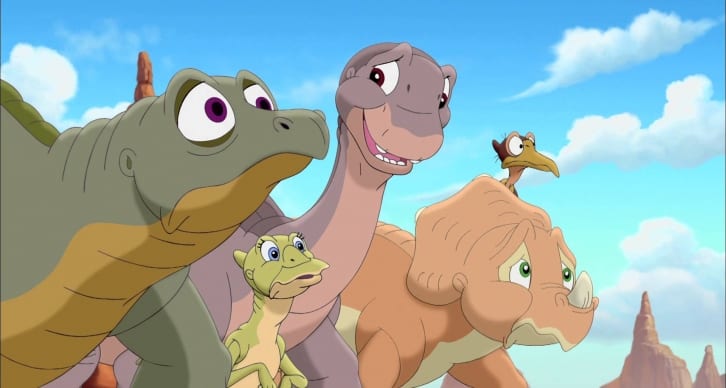 Why Watch It? I don’t think I have ever met someone who didn’t watch or love The Land Before Time as a kid. Littlefoot and the gang were like part of the family and they just kept on cranking those movies, shows, and toys out so you never had to say goodbye! Of course, we would all like to forget about that gut-wrenching scene with Littlefoot’s mom, but even though that made you ugly cry, it was still beautiful – “I’ll be with you, even if you can’t see me.”

The Prince of Egypt 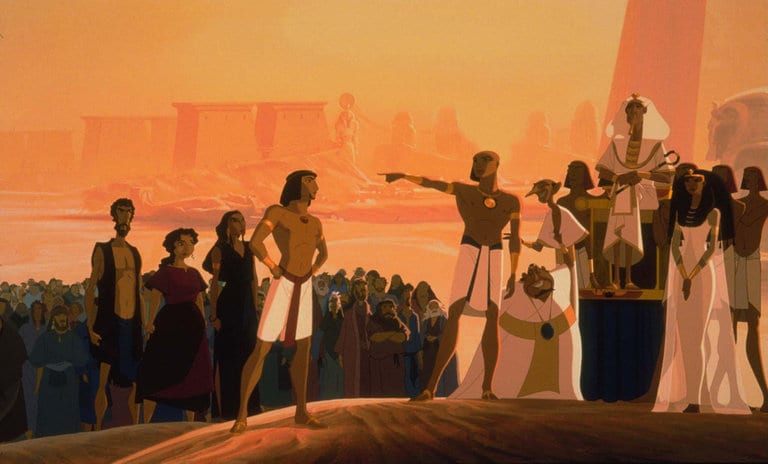 Why Watch It? One thing that’s for certain when it comes to The Prince of Egypt is that the animation is absolutely remarkable. Honestly, come for that and stay for the Oscar-winning duet by Whitney Houston and Mariah Carey. What makes The Prince of Egypt stand out is that it was educational and entertaining and the same time, as it retold the story of Moses. The family dynamic between Moses and his brother Ramses adds a complex layer and lesson to the film as well. It also has a phenomenal all-star voice cast including Ralph Fiennes, Val Kilmer, Sandra Bullock, Michelle Pfeiffer, Sandra Bullock, Jeff Goldblum, Patrick Stewart, and Helen Mirren.

Spirit: Stallion of the Cimarron 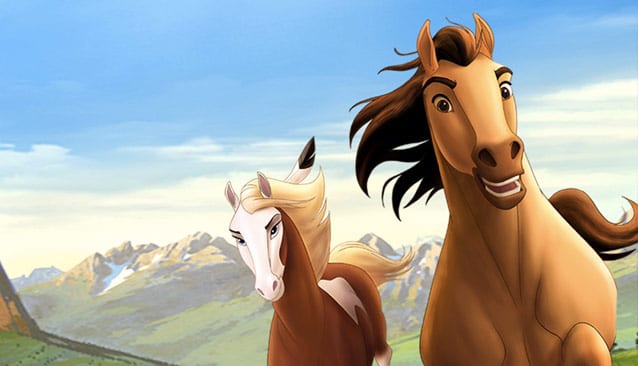 Why Watch It? When you’ve got narration by Matt Damon and music by Bryan Adams, it’s safe to say you’ve got a winner on your hands. Spirit is a beloved movie that probably sparked every kid’s horse loving phase. It also had a thrilling plot line that found Spirit, a wild stallion, captured by humans as he dreams of one day he finding his way back to his herd. The movie was also nominated for an Oscar for Best Animated Feature. If you haven’t seen this one, I’d recommend you give it a go! 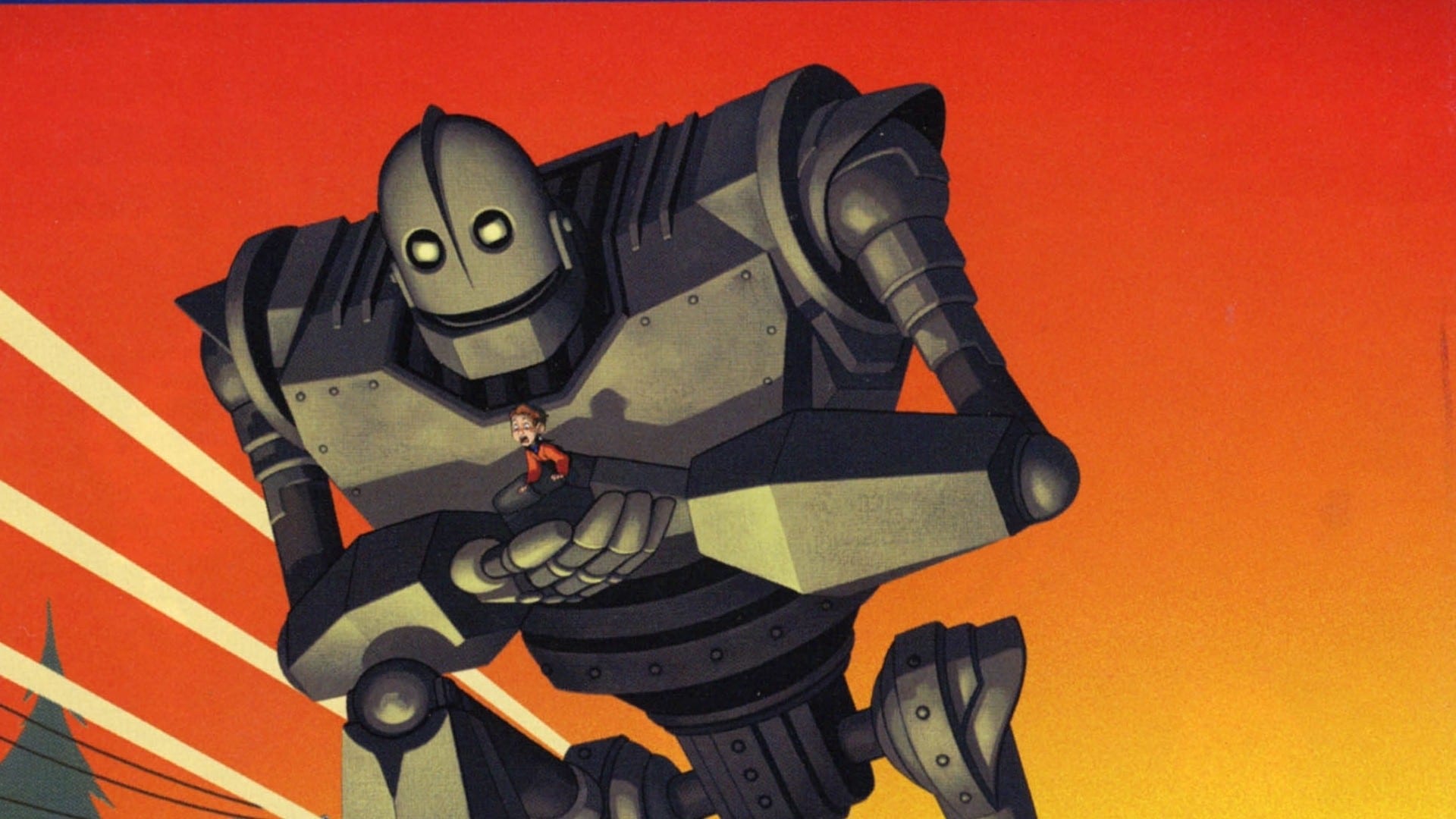 Why Watch It? Before Groot, Vin Diesel voiced another lovable giant in this movie about a young boy who befriends a robot from outer space. There is something about this movie that has found its way into the hearts of so many people. Not only does the story stand the test of time, but it truly transports you back to the simpler times of your childhood. This movie never fails to remind you that you should always be accepting of everyone’s differences. I think that it’s pretty much set in stone that Vin Diesel is Hollywood’s favorite gentle giant. 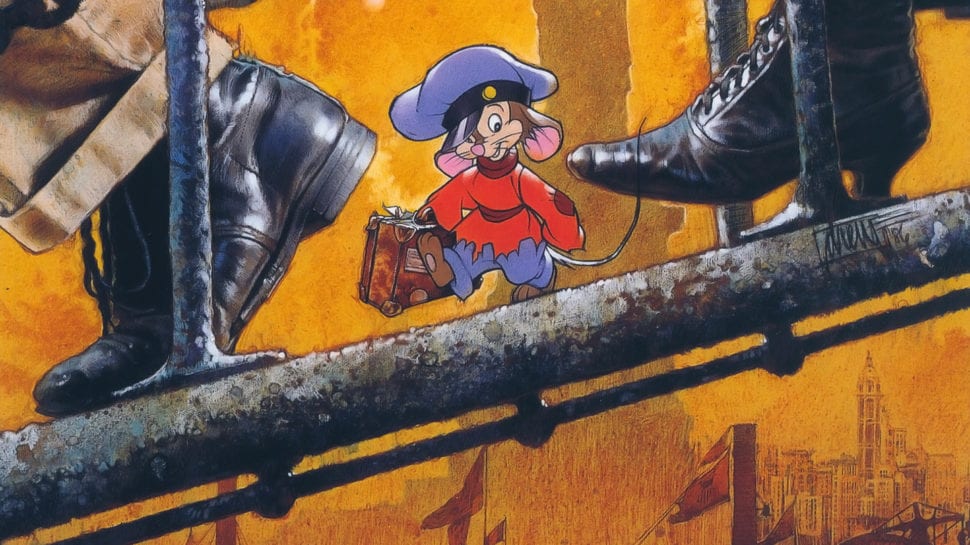 Why Watch It? An American Tail was Steven Spielberg’s first foray into animated films and it came with great success. At the time of its release, the movie was the highest grossing non-Disney movie.  It told the tale of Fievel, a mouse trying to emigrate to America from Russia. The content matter may seem a little adult, but it’s filled with wonderful characters, beautiful music, and originality. It’s another film that truly stands the test of time that will always find a way to warm your heart.