It recently came to light that Jon Snow’s signature cape is actually just a rug from IKEA. In a 2016 interview Game of Thrones Costume designer, Michele Clapton revealed that “The [Night’s Watchmens’] capes are actually Ikea rugs. We take anything we can. We cut, and then we shaved them, and then we added strong leather straps, and break down, which is like a religion on Game of Thrones.” 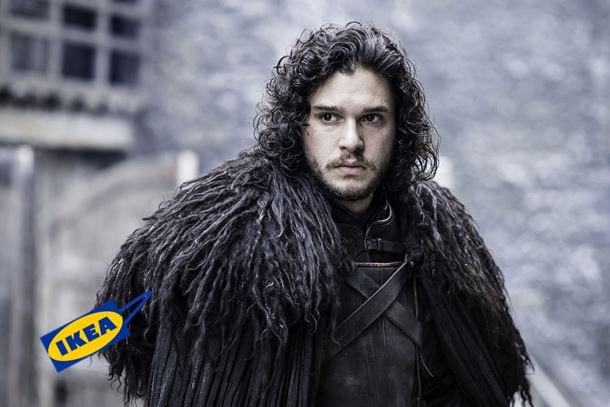 So, this got me thinking – what other IKEA items would Jon Snow be able to pull off? I checked out the rugs, pillows, and blankets sections and these are my 10 findings, although, I am 100% certain that Kit Harrington/Jon Snow would be able to model any item in IKEA and we would buy it.

Jon wouldn’t really have to do too much manual work to make this cowhide rug work. He’d just have to tie it Superman style and be on his merry way.

If Jon does end being a Targaryen then he will definitely need something with flair to stand in for that signature white hair of theirs. Why not this sheepskin rug? Plus, it looks really warm.

This pillow cushion has ravens and wolves on it. It was literally made for Jon Snow to rest his head after a long day of fighting off White Walkers.

This is the rug that fans have narrowed down to be Jon’s cape on the show and I just feel like everyone, not just Game of Thrones fans, should have this plushy rug in their living rooms.

If you squint your eyes really hard these could kind of pass off as dragons. Dany must’ve picked it out. 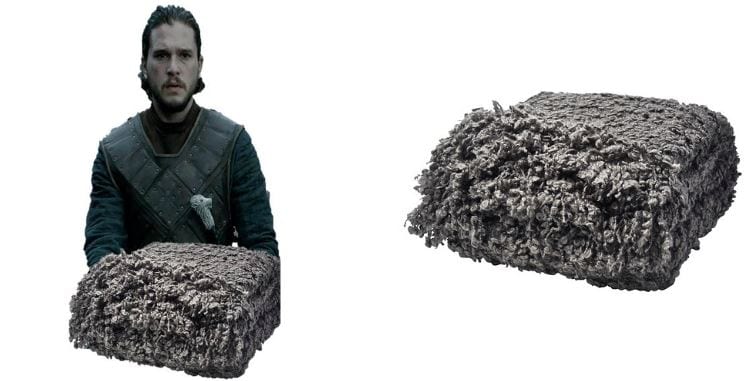 It gets a little chilly in the North and I can’t think of anything better than Jon Snow hand delivering this blanket to someone. Not to mention, it looks so comfy. 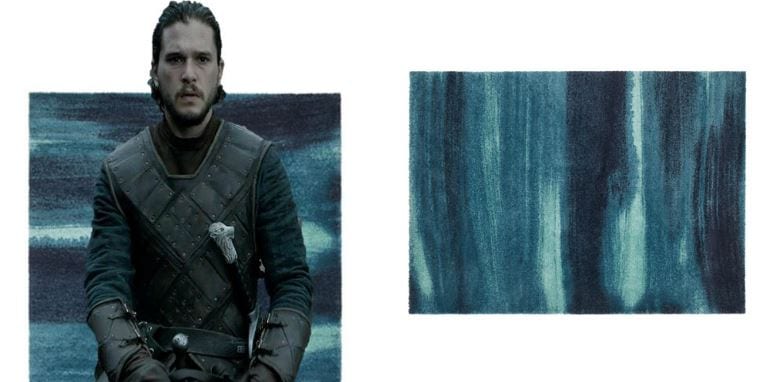 If Jon really is the Ice of Ice and Fire then he for sure rock this rug as a cape. Yes, it would take a lot of maneuvering but Sansa is bomb at making clothes and she would totally help. 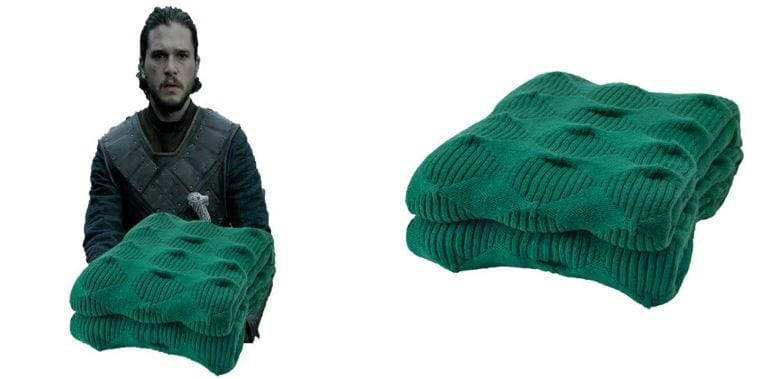 Here’s Jon bringing you yet another blanket looking like he’s about to invite you into a cave. He loves that move.

This pillow gave me half-icy vibes and half Greyscale vibes so it seemed fitting.