There’s certainly a lot going on in the world of The Walking Dead fandom today, but we wanted to take a minute to wish Father Gabriel himself, Seth Gilliam, a happy birthday!

Of course, Walking Dead fans know Gilliam as Father Gabriel, who he has been playing on the series since season five. While one of the more controversial and complex characters on The Walking Dead, Father Gabriel has traveled a long journey to end up in the fan’s (somewhat) good graces come season 9 – and Gilliam has taken both the negatives and the positives in stride!

Gilliam is also known for his recurring role on MTV’s Teen Wolf where he played fan-favorite Dr. Deaton from 2011-2017. As Scott McCall’s (Tyler Posey) boss at the local vet’s office, Deaton quickly became both a mentor and a friend to the gang, giving them essential knowledge when it came to the world of the supernatural.

He also starred on HBO’s The Wire for the series’ entire six-season run from 2002-2008. Created by David Simon, The Wire dove deep into the Baltimore drug scene through the eyes of drug dealers and law enforcement. Gilliam played Sgt. Ellis Carver.

Up next, Gilliam is set to appear in an episode of upcoming CBS drama The Code, which is written by Limitless creator Craig Sweeny. The series is set to follow the professional and personal lives of some of the military’s brightest legal minds in the courtroom, where each attorney is trained as a prosecutor, a defense lawyer, an investigator, and a marine. And of course, you can always catch Gilliam at various Walker Stalker conventions around the world! 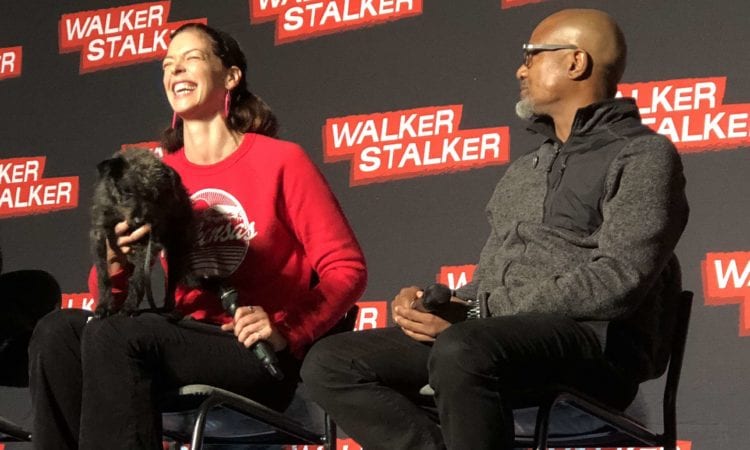 So, Happy Birthday, Seth Gilliam – we can’t wait to see what the rest of the season has in store for Father Gabriel! Make sure to leave Seth a birthday message in the comments.